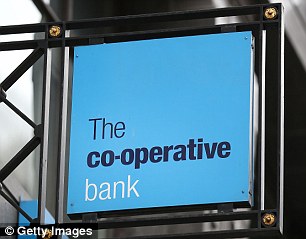 It is close to meeting Bank of England health requirements after nearly collapsing when a £1.5billion black hole was discovered in accounts five years ago.

STAKE SOLD The Chinese sovereign wealth fund has sold its stake in US private equity titan Blackstone. China Investment Corp’s £2.5billion acquisition of a 9.9 per cent shareholding in 2007 raised fears over the country’s influence.

The sale comes as President Donald Trump cracks down on China.

CASH PLEA The Serious Fraud Office wants more money after its profile was boosted by a string of high-profile prosecutions. It currently gets £31million.

BITCOIN DEAL Bitcoin exchange Coinbase has signed a deal with Barclays in the first tie-up between a large UK bank and a business involved in the digital currency. Barclays will process transactions for the trading firm.

BONANZA AHEAD Investors are plotting to pump another record amount of cash into private firms, says Rede Partners which surveyed 166 asset managers with more than £5.7trillion of cash.

They are expecting to significantly boost this amount in 2018.

FIGHTING FIT City analysts are preparing for bumper full-year results from The Gym Group next week. Peel Hunt said it expected profits to jump 39 per cent.

SALES SPRINT Online sales at sportswear multinational Adidas surged 57 per cent last year as profits shot up by 31 per cent to £1.9billion.