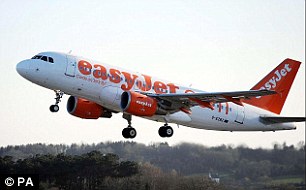 BEAST BITES The Beast from the East snowstorms this year hit profits at insurer LV=. It made a profit of £42million in the first half of this year, down 25per cent on the same period of 2017, largely because of higher payouts to customers.

FOOTBALL DIVIDEND Hot summer weather and England’s World Cup success boosted consumer spending by 5per cent in July from a year earlier, claims Barclaycard. Pub spending surged in particular, rising 73per cent on the day England lost to Croatia in the semi-final.

ONLINE VICTIMS One in four customers has suffered an online failure so far this year, according research group Consumer Intelligence. It follows an IT meltdown at TSB and a day-long failure of card company Visa’s systems which left millions of people unable to pay at the tills.

SALES DIP Sales at John Lewis fell last week as the hot weather kept consumers out of the shops. Fashion sales were down 2.9per cent while home purchases dropped 7.3per cent.

AIRPORT PROBE The merger of two airport businesses, Menzies and Airline Services, is yet to take off as the UK’s competition authority probes it, concerned that combining the companies, which supply services such as aircraft de-icing and baggage handling at airports, could limit airlines’ choice.

CASH OUT Savers pulled £16.6billion from money manager Standard Life Aberdeen in the first half of 2018.

PROFITS FALL Profits at troubled trading firm TP Icap tumbled to £34million in the first six months of the year – down 52per cent from 2017. The firm said that it will base its EU operation in Paris after Brexit.

IT’S WAR! The boss of Chinese web search giant Baidu boss has vowed to fight Google fiercely if it returns to the country after years of being blocked by state authorities.

ON RISE Valve-maker Rotork’s half-year profits jumped 12.1per cent to £54.7million, on sales up 10per cent.

POWER FIGURES Power generator Contour Global’s sales rose 16per cent to £124million, while profits are down 34per cent to £6.9million. It joined the London Stock Exchange last year.