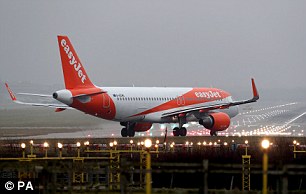 JET SUCCESS Passengers travelling with easyJet jumped 4.5 per cent last month to 8.5m despite the airline being forced to cancel flights due to strikes and a runway closure at Gatwick.

GOOGLE SNUB The maker of video game Fortnite, Epic Games, has said it will not use Google’s store to sell Android apps.

JOBS MOVE A small number of research jobs could be relocated from the City to Paris by Bank of America to help it cope with Brexit.

QUIDS IN Firms listed on the London Stock Exchange made a £210.8billion profit during the 12 months to June 30 – up 86 per cent on the previous year.

WIZZ AHEAD Budget airline Wizz Air recorded a 23 per cent increase in passengers to 3.47m in July.

HIRING BINGE A 25 per cent boost in staff is being planned by Deutsche Bank at its wealth management arm in the US.

NO CONTACT More than 19m consumers now use contactless technology as their main way to pay, according to Gocompare.

GOOD CHEMISTRY Chemicals business Synthomer has posted an 8.2 per cent rise in sales to £833.8million. Profits are up 6.4 per cent to £76.2million.

Shaft HOPES Miner Vedanta Resources says it hopes to restart its Tuticorin copper mine in southern India. It closed after 13 died in police clashes with protesters.

PROFIT UP Profits at the Japanese parent of UK tech firm Arm Holdings, Softbank Group, have risen 49 per cent in the first quarter.