French energy group EDF is looking to sell a 49 per cent stake in its UK wind farms portfolio for up to £600m.

EDF Energy Renewables has reportedly hired Barclays to advise on a sale and is expecting offers before the end of this month. 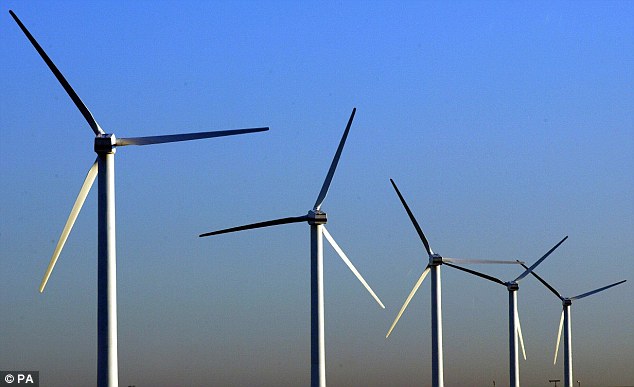 Up for grabs: EDF Energy Renewables has reportedly hired Barclays to advise on a sale

A takeover battle has broken out over software firm Iris, which provides services to GP surgeries across the UK.

Both Canada’s Omers Private Equity and London-listed ICG are vying to take over the firm, valued at about £1.2bn.

About 7,000 mobile masts across the UK could be sold by BT to drum up cash to spend on upgrades for its broadband network.

The firm is believed to be in early discussions with investors about the possible deal, with the masts thought to be worth £1.5bn.

The US Congress is mulling a bill that could more than double the length of copyright on sound recordings to 144 years.

Under the legislation being debated, recordings made between 1923 and 1972 would gain the added protection.

The US Postal Service resisted pressure from President Donald Trump to double the delivery fees paid by internet shopping giant Amazon, it is claimed.