ENGINE GROWTH Engineer Rolls-Royce is making a new set of engines for business planes. The Pearl will be the sole engine for Bombardier’s latest business jets, the Global 5500 and Global 6500.

It is the sixth new civil aerospace engine introduced by Rolls over the latest 10 years. Rolls says it includes the most eco-friendly and efficient technologies available today.

SPLITTING UP Investment group Old Mutual is planning to sell up to 9.6pc of subsidiary Quilter on the stock exchange later this year. Old Mutual is splitting from its UK businesses. Quilter is the business formerly known as Old Mutual Wealth. 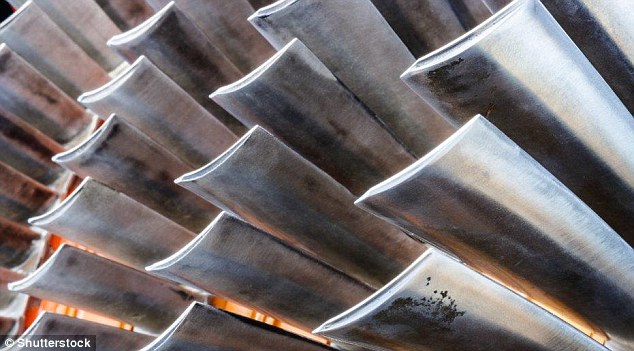 Engineer Rolls-Royce is making a new set of engines for business planes. The Pearl will be the sole engine for Bombardier’s business jets, the Global 5500 and Global 6500 (stock image)

DRUG DEAL British pharmaceuticals giant Glaxosmithkline yesterday said it had applied for Japanese regulatory approval of a drug to treat chronic obstructive pulmonary disease. The firm’s Trelegy Ellipta is the first of its kind to be combined into a single inhaler in Japan, it said yesterday. It is already licensed in the EU and the US.

BACK FOOT Sales at American sportswear retailer Foot Locker fell 2.8per cent in the three months to May 5, forcing its profits 8.3per cent lower to £124.2million.

REVENUES SLIDE Restaurant chain Richoux Group has plunged to a £4.5million loss from a profit of £3.9million following a year of closing and rebranding sites. The group owns brasserie and cafe Richoux, American diner Friendly Phil’s and family restaurant The Broadwick. Revenues fell 17.4per cent to £11million.

FRESH FACED Chartered accountant Lucinda Bell has joined the board of builder Crest Nicholson. She is also non-executive director and chair of the audit committee at Rotork. She was also the finance chief of the British Land Company. At Crest, she will be a member of the audit & risk, nomination and remuneration committees.

FROZEN OUT Heavy snow in February and March caused sales to fall 0.8per cent at pub chain and brewer Upham Group in the first three months of its financial year. Profits increased to £36,000 from a £16,000 loss a year earlier following the sale of excess land at one of its pubs.

PROPERTY MOVES Online property portal On The Market has agreed tie-ups with more than 3,000 estate and letting agents since listing on the London Stock Exchange in February, bringing the total to 8,500.