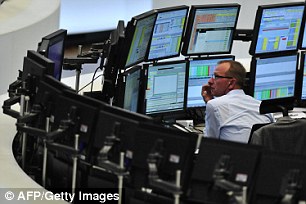 But the London Stock Exchange handled 106 flotations last year – far more than any European rival – and is widely expected to keep its crown for years to come.

GENDER DEADLINE More than 7,500 firms have published data on their gender pay gap ahead of a deadline tonight.

But hundreds of the estimated 9,000 companies with 250 or more staff, who were supposed to reveal the details, have failed to so far.

If they do not comply, the businesses could face fines for missing the cut-off.

BREXIT BOOST A third of small businesses have seen revenues rise since the Brexit vote, a survey by serviced office firm Citibas showed.

AI LEADER Jeff Dean, one of Google’s top programmers, has been put in charge of its newly-separated artificial intelligence division.

He joined the Silicon Valley giant in 1999. Dean is among the tech giant’s earliest employees and one of its Senior Fellows.

BOARD ROLE Ready meals maker Bakkavor Group has appointed Deloitte senior audit partner Jane Lodge to its board as a non-executive director and chairman of the audit and risk committee.

JOBS GO A further 97 staff at collapsed outsourcing firm Carillion have been made redundant, bringing the total to 1,802.