DAILY BRIEFING: Facebook’s top PR boss set to leave the company for a role at Netflix

DAILY BRIEFING: Facebook’s top PR boss set to leave the company for a role at Netflix 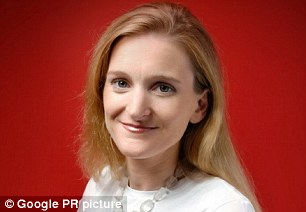 NETWORK JOB Facebook’s top public relations executive is to leave the company for a role at video streaming giant Netflix.

DEFENCE CONTRACT Satellite company Avanti Communications announced it had signed a seven-year deal to supply the US government and Department of Defence.

SAVINGS WOE Investors who had trusted crisis-hit Swiss savings firm GAM with their money will get 87p in the pound back from funds it is shutting down.

GAM suspended top manager Tim Haywood last month after concerns over record keeping and has since been forced to shut down some of its funds.

REBELS YELL Major shareholder rebellions have hit 120 public companies so far this year, according to the Investment Association – up 25 per cent on 2017.

FUNDING SUPPORT Financial giant Legal & General has backed a £15.5million funding round for Salary Finance, a firm which works with employers to give employees loans, savings and financial education.

EXPANSION CASH UK start-up Apperio, which allows companies to track in real-time how much they are spending on pricey legal advice, has raised £7.5million to expand.