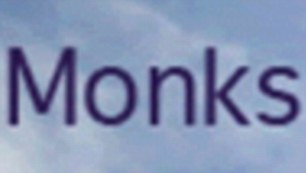 MARKET BEATER Foreign tech stocks such as Amazon and Alibaba helped Monks Investment Trust deliver market-beating returns in the year to April 30. It backs businesses worldwide and delivered 15.8 per cent of its value back to savers.

LONDON LAUNCH New York hedge fund Hudson Bay Capital is to launch in London to take advantage of a European deal-making boom. It looks after £2billion of investors’ cash, and has hired several investment veterans.

HQ SALE The headquarters of German lender Commerzbank is on the market for £425million. The site in Gresham Street near the Bank of England has been put up for sale by owner Samsung Life Insurance.

BRITISH RECORDS Foreign owners sold British firms worth a record £6.9billion in the first three months of 2018, data from the Office for National Statistics shows.

PARTNERS MADE Accountancy firm Deloitte has promoted 54 British staff to the coveted rank of partner, three fewer than a year earlier. Only 20 per cent of these were women.

TECH VALUATION Financial technology firm Adyen has been valued at up to £6.2billion ahead of a float on the stock market.

SECURITY FEAR Social media network Facebook faces fresh pressure over data-sharing deals with mobile device makers, after it emerged they include Chinese companies such as Huawei, raising security concerns in the US.

PASSENGERS UP The number of passengers flying with EasyJet jumped 3.7 per cent last month to 7.8m, despite 1,000 flights being cancelled in May due to storms and strikes.

BORROWING BACKED Model train maker Hornby has secured a deal to borrow up to £18million to get back on track, from PNC Business Credit and Phoenix.

DEAL OK Aerospace and defence firm Northrop Grumman has been cleared by US competition authorities to buy rocket motor supplier Orbital in a deal worth £6billion.

UBER BIKES An electric cycle rental service is being launched in Berlin by Uber, with plans to launch in other European cities.