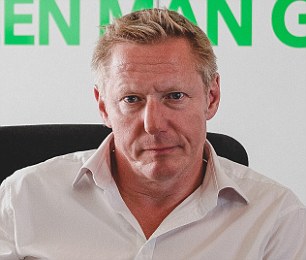 The 51-year-old chief executive and his wife own about 20 per cent of shares in the company, which allows customers to buy digital copies of games.

SECTOR SUFFERS The construction sector suffered a ‘loss of momentum’ last month as Brexit uncertainty continues. Research group IHS Markit’s index of activity, where 50 is the cut off between growth and decline, fell from 55.8 in July to 52.9 in August.

SITE HOPE Flares maker Chemring is working with regulators to reopen the pyrotechnic facility in Salisbury where a worker died in an explosion last month.

SMOKED OUT Convenience store chain McColl’s continued to bear the brunt of the collapse last year of the UK’s largest cigarette wholesaler Palmer & Harvey as sales dropped 0.9 per cent in the 13 weeks to August 26.

GAME FIGURES Video game developer Codemasters has posted sales of £35.5million in the five months to August 31 boosted by arcade racing game Onrush and the latest instalment in its F1 games franchise.