DAILY BRIEFING: Insurer Aviva will buy back £600m of shares 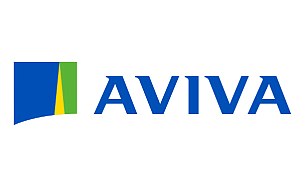 SHARE DEAL Insurer Aviva is buying back £600million of shares to return cash to investors.

It is part of a plan to use up £2billion of spare money, with £500million to be spent on buying other businesses and the rest to be spent on paying off debt.

MEDIA WATCH Publisher Trinity Mirror’s £126.7million deal to buy titles including the Daily Express and the Daily Star has been referred to the media watchdog.

BIT BOOST The bitcoin boom helped profits at trading firm Plus 500 more than quadruple to £174.3million in the first three months of 2018 – but the firm said it will be a one-off boost and the hype has faded.

STORE SALES Sales at the John Lewis Partnership edged up just 0.3 per cent in the week to April 28, dragged down by a 0.3 per cent drop in its department store sales.

HIGH FLYING The number of passengers travelling through Heathrow Airport soared to record highs of 17.7m during the first three months of the year – up 3.1 per cent compared to a year earlier.

CHAIR SEARCH Shareholder adviser Glass Lewis has called for Deutsche Bank investors to search for a successor to chairman Paul Achleitner at the German lender’s annual meeting later this month.

AUSSIE DEAL Media agency ZPG – which DMG Media, owner of the Daily Mail – has a 30 per cent stake in, has sold the Australian division of Hometrack for £71million.

SKY REVEAL The Government will give its verdict on 21st Century Fox’s £11.7billion bid for Sky by June 13, Culture Secretary Matt Hancock has confirmed.