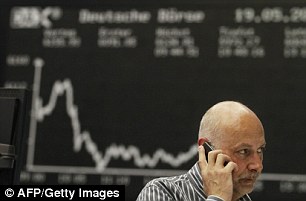 LEGAL FLOAT Law firm Knights Group will float on the stock market later this month in what would be London’s largest-ever legal listing, with the firm expected to be valued at more than £100million.

FEWER SACKED Finance firms laid off fewer senior staff last year in a sign that years of belt-tightening may be coming to an end, research by lawyer Fox & Partners showed.

HOLE SHRINKS The pension black hole at FTSE 350 businesses shrank by £16billion last month with retirement schemes having a shortfall of £34billion, down from £50billion in April, according to consultant Mercer.

GIT GOT Microsoft is reportedly taking over computer code-sharing website Github for £5.6billion. The US firm was previously valued at around £1.5billion in 2015.

TECH FUND London-based fund White Star Capital has closed a £134.5million fundraising round that will be used to help US and UK technology start-ups expand internationally.

ON BOARD Steve Good, 57, the chairman of the remuneration committee at chemicals firm Elementis, will join the board of Dialight, which makes and sells LED products to industrial companies.

LIGHTS OUT Energy efficient-lighting maker Luceco is quitting the US market as it has proved harder to break into than it anticipated.

BUILDER BOOST Research group IHS Markit said its index of activity in the construction sector – where 50 is the cut-off between growth and decline – held firm at 52.5 in May.