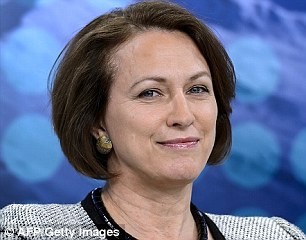 PAY CUT The boss of Lloyd’s of London took a 15 per cent pay cut after it was hit by its first loss in six years. Inga Beale, 54, pocketed £1.3million but missed a £200,000 bonus because of the insurance market’s poor performance.

Lloyd’s lost £2billion, down from a £2.1billion profit a year earlier.

DIY DRIVE B&Q owner Kingfisher is to open stores in old sites owned by rival Homebase as it works to turn around its business.

BETTING GO-AHEAD Ladbrokes Coral and Foxy Bingo owner GVC has seen a £4billion tie-up to create one of the world’s largest betting firms backed by watchdog the Competition and Markets Authority.

ORDERS UP Furniture retailer ScS reported a 2.2 per cent increase in orders in the 26 weeks to January 27 as revenues hit £160.7million, while profits edged up 3 per cent to £75.3million.

BEARING FRUIT Replacing fruit machines with bowling lanes has seen families flock to Ten Entertainment for a day out. It grew profits by 43 per cent last year to £5.2million.

WATCHDOG RAPPED Leading City watchdog the Financial Reporting Council has been slammed for letting major beancounters off the hook for their mistakes.

Business Secretary Greg Clark has now said he will examine its role.

SANDWICH SPREAD Oil major Shell wants to increase the number of motorists it sells fuels and sandwiches to every day by around 10m, from 30m to 40m by 2025.

TOYS STORY Collapsed retailer Toys R Us is closing its distribution centre in Coventry, leading to the loss of 98 jobs.

PACKAGING TYRANT Belgian brewer AB Inbev has committed to making its packaging 100 per cent recyclable by 2025.

DEALS RECORD More than $1trillion (£710billion) of deals have been done around the world this year – the quickest the trillion-dollar milestone has ever been hit.