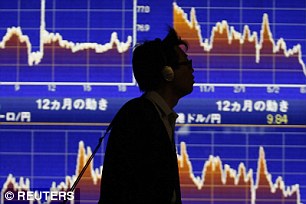 MOODY MARKET The notoriously unstable online currency market is driven by investors’ mood rather than any real economic factors, says a study by Warwick Business School.

Regulators have warned that cryptocurrencies such as bitcoin are essentially worthless and buyers risk losing everything.

SEX CRACKDOWN Finance firms which fail to act on sexual harassment face a crackdown by the City watchdog, the Financial Conduct Authority. It will look at whether companies are willing to sack, or dock the pay of, wrongdoers.

BRUSSELS OK Insurance market Lloyd’s of London has been given permission to run a small office in Brussels so that its customers around the world are not disrupted by Brexit.

BRAKING NEWS Electric car maker Tesla says it may have to roll out a software update for its Model 3 cars to fix braking problems.

BROADBAND VOW Philip Hammond has pledged that 15m UK homes and businesses will have access to cutting-edge broadband by 2025.

It comes after BT’s network arm, Openreach, said it would roll out fibre technology to about 10m premises by the mid-2020s.

It is expected to boost BBA’s revenues by around £300million in the first full year of ownership.

RUBBISH LOSS Renewable fuels firm Velocys, which is working on powering British Airways jets with fuel from rubbish, made a loss of £54million last year as it continues its investment in its new strategy.

JET START Aircraft maker Airbus has started making the first of its ACJ320neo business jets, with the first due to be delivered this year.