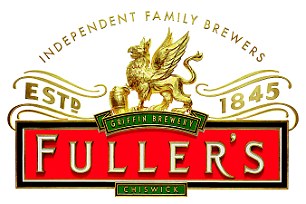 PUB EXIT The finance director of pub chain Fuller, Smith & Turner has stepped down after 11 years.

James Douglas is moving to Germany for his wife’s work.

STORE UNVEILED Retailer Amazon has opened its biggest bricks and mortar store yet in Seattle.

The Amazon Go branch, the third of its kind, has no check-outs but bills shoppers automatically online.

RETAIL EXPANSION Spanish retail giant Inditex is making all its brands including Zara available online to every country in the world by 2020.

INDEX DROPOUT Troubled German lender Deutsche Bank is to drop out of an index of the biggest Eurozone firms, Euro Stoxx 50, in an embarrassing blow. It follows a 38 per cent fall in its share price this year.

BITCOIN FUNDRAISER One of China’s biggest bitcoin firms, Bitmain Technologies, is seeking to raise £780million ahead of a stock market float.

CITIBANK FLOOD Three of the most senior executives at Citibank are leaving. Chief finance officer John Gerspach, Europe chief Jim Cowles and North America boss Bill Mills are all due to go within a year.

The lawyer, 42, was a senior director at the Competition and Markets Authority.

GAMING RECORD Video games firm Frontier Developments is expecting a record year despite profits falling 64 per cent to £2.8million in the year to May 31.

It sold 1m copies of Jurassic World Evolution since June and predicts net record revenues of more than £80million this year.

WASN’T ME Embattled retailer Steinhoff’s former boss Markus Jooste has told South African MPs he was unaware of a black hole in company accounts when he left in December.

GOLD DIGGING Miner Randgold Resources restarted production at one of its most important gold mines, Tongon in Ivory Coast, after strikes.

PRINT SELL-OFF Scottish firm John Menzies has sold off its print media division Menzies Distribution to Endless for £74.5million, to concentrate on its aviation arm.