A float had been expected this year, but the plans have been delayed due to difficulties in securing a £1.4 trillion valuation.

London is vying with New York to host the listing. 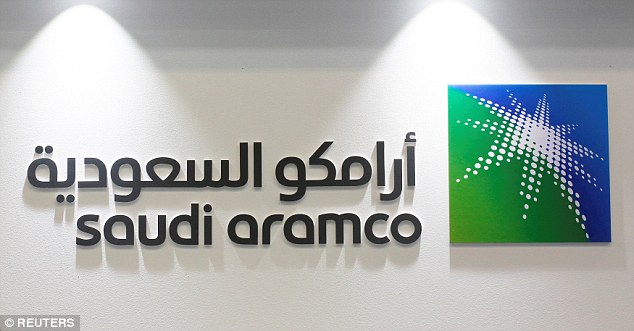 FACTORY GROWTH Manufacturers boosted by the global economy are helping keep Britain on track, according to a survey by accountant BDO. Its index of the sector recorded a reading of 103.85 last month, where anything over 100 indicates growth.

BOSSES BLOW Beleaguered German lender Deutsche Bank will dole out more than £1.8billion in bonuses for staff’s work in 2017 – up from £485million a year earlier – but board members will not get anything after a third year of losses.

AIM HIGH Traders are piling into the AIM junior stock market in search of profits with the average company listed there seeing £279,421 of shares bought and sold every day last year, according to accountant UHY Hacker Young, up 64 per cent on a year earlier.

PEOPLE POWER Troubled outsourcing firm Capita has created the post of chief people’s officer and appointed Will Serle from Amec Foster Wheeler to the role. The post involves overseeing the firm’s employees and bringing in new people who can help the business.

LITTER BOSS Rubbish collectors Biffa has appointed Ken Lever, 64, as chairman in place of interim chairman David Martin, 66, who stepped up to the role in September after Steve Marshall died suddenly aged 60.

AIRPORT STORES Eight retailers have opened shops at London Luton Airport since the start of 2018 as part of the airport’s £160million redevelopment programme.