DAILY BRIEFING: Savers flock to hedge fund Man Group amid rising markets in the first six months of the year 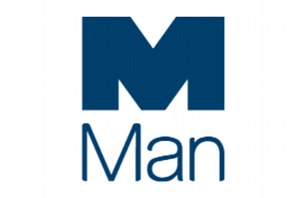 RECORD INVESTMENT Savers ploughed a record £6.3billion into hedge fund Man Group in the first six months of 2018. Profits rose 18.4 per cent to £68.6million thanks to higher fees.

CURRENCY CRACKDOWN The City watchdog, the Financial Conduct Authority, has pledged to crack down on currency transfer firms which advertise much better exchange rates than they actually offer customers.

CREDIT MOAN Four in ten firms say getting new credit is unaffordable, according to a survey by the Federation of Small Businesses.

REVENUE RISE Revenues at Irn-Bru maker AG Barr climbed 5 per cent to around £136million in the 26 weeks to July 28.

SCHOOL RANGE Discount chain Poundland has launched a back-to -school collection, in an attempt to rival Marks & Spencer which is to shut 100 stores.

SANCTIONS DEADLINE The US treasury has given Russian aluminium firm EN+ until October to try to avert sanctions before they come into force.

GOOGLE LAUNCH Tech giant Google is to launch a censored version of its search engine in China, after ditching the country in 2010.

WONKY CASH A tiny grocery delivery start-up, Oddbox, which sells wonky fruit and vegetables from British farms has raised half a million pounds to fund expansion.