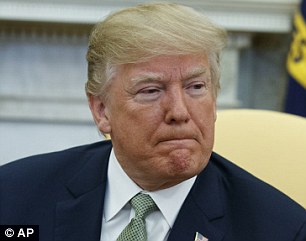 Crypto ban: Donald Trump has banned US firms and citizens from handling petros

CURRENCY BAN Donald Trump has banned US firms and citizens from handling petros, an online currency launched by collapsing socialist state Venezuela that was intended to get around sanctions.

Venezuela’s hard-left government has been championed by Labour leader Jeremy Corbyn but its policies have triggered hyper-inflation, surging child mortality and shortages of food and medicine.

CAPITAL WOE A study by consultant Mercer showed London has slipped to 41 in a ranking of 450 global cities for its quality of life. Vienna in Austria came in top followed by Zurich in Switzerland.

FAIR TAX Thousands of investors who use Hargreaves Lansdown will get an average of £100 each after it won a battle with HMRC who had said savers should have to pay tax on fee discounts negotiated by Hargreaves under its loyalty schemes.

PROUD NATION Britain is the second-best global market for fintech firms looking to raise public money, behind the US, a study by the London Stock Exchange found.

APP DEAL High Street stalwart Marks & Spencer has struck a partnership with Instagram as the photo app runs a trial which will allow retailers to sell products directly to users from photos they post.

GENDER PAY Health and beauty retailer Boots has revealed a 21 per cent gender pay gap despite more than three quarters of its workforce being made up of women.

The divide was due to 68 per cent of the top paid jobs being held by men.

TOY SHOPS Internet goliath Amazon is considering expanding into former Toys R Us shops across the US as the toys retailer prepares to close its 885 stores.

SWELL CELL Fuel cell-maker Ceres Power says revenue has doubled to £3.1million as it makes progress on plans to build a site in the UK.

MARKET BOOST Defence company Chemring says it is seeing a recovery across all its markets, led by the US.