RIDING HIGH Taxi firm Uber has revealed designs for a ‘sky port’ where flying cabs could park between journeys.

It is planning to launch Uberair by 2023 in several American cities, and has teamed up with the aerospace company Karem Aircraft to make the vehicles. 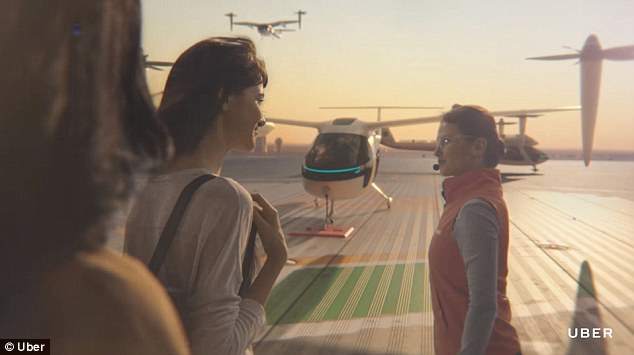 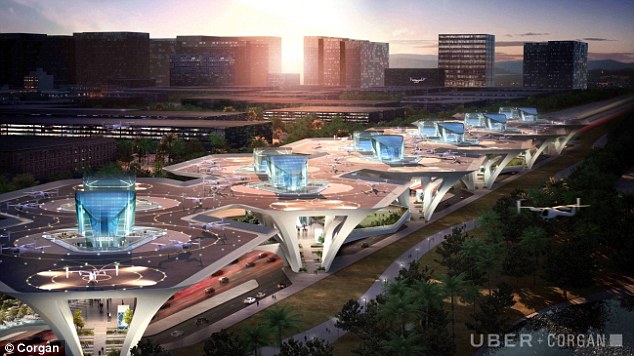 Uber is planning to launch Uberair by 2023 in several American cities, and has teamed up with the aerospace company Karem Aircraft to make the vehicles

STRIKE OUT Gold miner Randgold Resources has reported a 24 per cent drop in quarterly profit to £48.7million after labour strikes at a mine in Ivory Coast hit production and raised costs.

The Exeter shop features a creche, greenhouse, restaurant and a car park with more than 1,000 spaces.

It was embroiled in a lengthy court battle over pollution and concerns about the impact on wildlife.

SWISS BLING Luxury online retail group Yoox Net-A-Porter will be delisted from the London Stock Exchange after a takeover by rival Swiss retailer Richemont was completed.

Richemont, which owns Cartier and Montblanc, now has a 95 per cent stake for which it is believed to have paid about £2.4billion.

REVENUE RISE Gaming and gambling firm Stars Group saw revenues jump 24 per cent to £291million in the three months to the end of March. Profits hit £130million, up 16 per cent.

MEN UNITED Card firm Visa has been slammed by female executives for failing to offer them the same career opportunities as men.

Chief executive Alfred Kelly heard the criticism at a meeting in the US.

The 53-year-old is also on the board of accountancy IT firm Sage Group and broadband business Talk Talk.

LAND FALL The value of residential land in central London dropped 2 per cent in the first three months of 2018, according to a study by estate agent Savills. It is down 12 per cent in the past three years.

PREMIUM RISE Business insurer Beazley wrote £464million of premiums in the first three months of 2018 – up 10 per cent on a year earlier. It comes after a surge in natural disasters last year, which pushed up premium prices.

SHIP SHAPE Cruise port operator Global Ports Holding carried 335,000 passengers during the first quarter of the year, a 6.3 per cent increase on the same period last year. Bosses said it was due to a rise in calls at Spanish ports.

STAKE SALE Electronics firm Laird has sold its 51 per cent stake in South Korean firm Model Solution for around £31million.