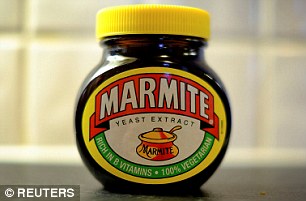 GOING DUTCH Marmite maker Unilever is reportedly in talks with its second-biggest shareholder, The Leverhulme Trust, over its controversial decision to scrap its British headquarters.

The firm has struggled to convince UK shareholders to back the move, which will see it establish a single HQ in the Netherlands instead of its current dual structure.

FLOAT AIM Oil and gas producer Jadestone Energy, which has just bought the Montara offshore oil project in Australia for £146million, plans to list on the AIM market in August.

CHOPPER DEAL Defence parts maker Meggitt has been hired to supply fuel tanks for the US’s UH-60 Black Hawk helicopter, in a deal worth around £15million.

ON BOARD Mike Putnam, 57, the former boss of constructor Skanska, is joining the board of Tideway, the company making the Thames Tideway Tunnel super-sewer in London.

STRIKE ACTION Around 140 Eurostar station staff at London’s St Pancras International are going on a 24-hour strike on July 28.

The RMT union members claim they face ‘shocking and dangerous’ working conditions because of repeated service failures and breakdowns.

TECH FEARS Robots will create as many jobs as they take from humans, a study by auditor PwC claims.

It shows 7m jobs will be displaced by machines over the next 20 years, but 7.2m will be created.

TRADE BOOST Chinese telecoms giant ZTE has started doing business in the US again after White House sanctions on it were lifted.

The firm had been targeted after flouting restrictions placed on trading with North Korea and Iran.

It reported a 9.8 per cent profits boost to £54.7million during the period.

NETTING SALES Pub sales climbed 2.8 per cent in June as the World Cup and hot weather helped sales of beer and gin and tonic, according to the Coffer Peach Business Tracker.