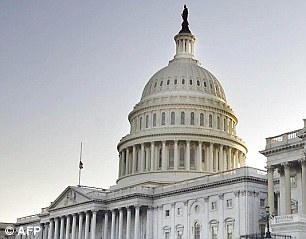 NET NEUTRALITY The US Senate has voted to protect ‘net neutrality’ rules that stop internet service providers from favouring some customers. It could see a decision by the Federal Communications Commission to scrap the rules overturned, if also approved by the House of Representatives.

BARRELS BONANZA Troubled oil producer Genel Energy is on track to hit by summer its target of producing 30,000 barrels of oil a day from its oilfield in Kurdistan.

SALES UP Supply chain firm Wincanton made £1.1billion in sales last year, up 4.8 per cent on the previous year. Profit fell 16.5 per cent to £37.9million.

MUSIC LAUNCH Google-owned video website You Tube has launched a music service to rival Spotify. Users can listen to music for free with adverts or pay about $10 (£7.40) a month to have them removed.

PENSION TRANSFER High Street retailer Marks & Spencer has transferred around £1.4billion in pension liabilities as it tries to offload risk.

Aviva is said to have taken on £925million of liabilities, while Phoenix Life has done a £470million bulk annuity deal.

GOING UP Profits at Anglo-South African lender Investec are up 1.4 per cent to £607.5million in the year to March despite a hit from an accounting scandal at retailer Steinhoff, which owns Poundland in the UK.

LOAN GROWTH Mortgage firm Together Financial Services has grown its total loan book to £2.8billion, up 31pc on a year earlier.

CASHING IN Investment service AJ Bell saw customer numbers rise 12 per cent to 183,482 in the six months to September 30. It now looks after £41.8billion of savers’ cash.