How much longer can Philip Hammond ignore the plight of the thousands of savers stuck with small pension annuities they do not want or need?

The case for overhauling the archaic rules that lock you in to these lifetime incomes becomes more compelling each day.

Just look at the astoundingly tiny annuities being paid to some of the Money Mail readers we feature here. 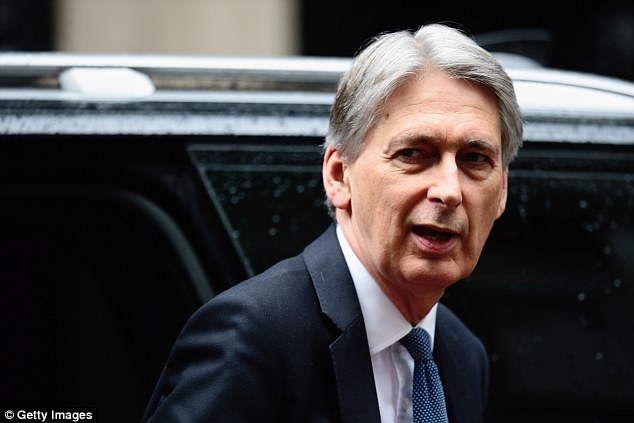 It is time for our Chancellor to prove his mettle, says Dan Hyde

Since I mentioned the pointless deals a fortnight ago — and said I was trying to uncover the smallest annuity in Britain — you have come forward in droves.

Among dozens of examples of payments of around £1 a month, retired sales manager Steve Richardson, 68, believes he may have the worst at 63p a year.

I struggled to believed it was true until Steve sent in his Abbey Life paperwork, which helpfully says: ‘Warning — this contract has no cash-in value at any time.’

As many of your excellent emails and letters point out, it must cost insurers more to post annual statements than these minuscule payments are worth to savers.

It seems crazy for a firm to administer pension income that barely covers tea and cake once a year at the local garden centre — and then refuse to write it off as a one-off lump-sum payment.

It is time for our Chancellor to prove his mettle. If Mr Hammond has any gumption, any wit, he will see a political open goal staring him in the face. He just needs to find a way to allow savers to cash in these tiny annuities.

Pensioners wouldn’t necessarily get a huge windfall or great value for money. But that’s not the point. And those who have written in couldn’t be clearer: any one-off lump sum, even if small, is better than an income so tiny that it makes no difference to your life.

Money is only really of use to us if it improves the quality of our life or someone else’s. These pathetic annuity payments fail miserably on that score.

By rewriting the rules, Mr Hammond would be able to present himself — and the embattled Tory party — as heroes to the over-55s.

He would be the man who corrected one of the most blatant injustices in the financial system: that while everyone who has retired since April 2015 has been able to spend their whole pension pot if they want to, five million cannot.

And he’d be able to sell this to insurers as a way to save a small fortune in administration costs.

Having said that, Mr Hammond will already have heard people lobbying to bring down Money Mail’s Unlock Our Pensions campaign.

He must stand strong. Most of the naysayers will be well-off pension industry big-wigs with a vested interest — their livelihoods, wealth and reputations may depend on keeping the status quo. They don’t care about the savers whose lives are being blighted.

This is about fairness. It is about common sense. And it is about giving you the right to spend your hard-earned savings as you wish.

Esure’s treatment of Mail writer Alison Smith-Squire brings the whole concept of insurance into disrepute. If Alison can’t get a payout from a major firm for what Spanish police have categorised as a clear and obvious case of burglary, what’s the point?

What troubles me most is that she and her husband Keven did everything by the book. They took Money Mail’s long-standing tip of adding valuables cover to home insurance — and claiming on that after a burglary on holiday.

While travel insurance provides a vital safety net if you need urgent medical care abroad, it’s rarely as generous when it comes to paying out for, or replacing, lost or stolen belongings.

Yet, as Alison reports today, insurers have once again found a way to wriggle out of this type of legitimate claim.

Did esure decide to reject her before it saw the police report, or does the document the firm has seen really fail to say a screwdriver was used to break into her villa?

Either way, Alison has been badly let down. Insurers must make absolutely certain that a claim is fraudulent before rejecting payouts — or they’ll find they lose customers extremely quickly.