Struggling department store chain Debenhams has put hundreds of roles across its fashion and home departments into consultation, according to reports.

Trade press titles Retail Week and Drapers say the company expects to make between 80 and 90 employees redundant in the move aimed at stripping out layers of management.

The move follows two other rounds of cuts at the department store. 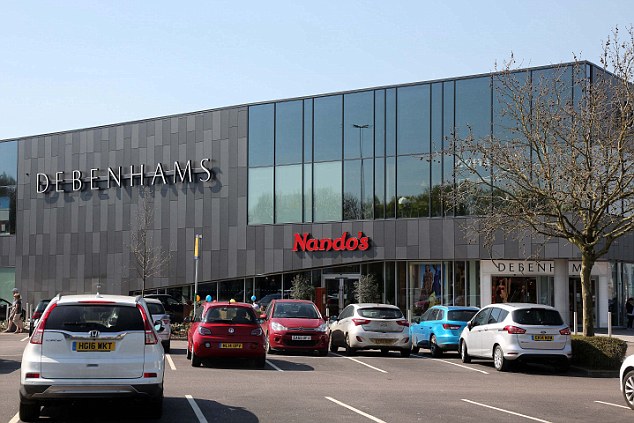 The department store chain has 240 shops globally and employs around 30,000 people

Debenhams axed 320 management roles earlier this year and is also believed to be trimming back its international, buying and ecommerce teams, as management urgently cuts costs and strives to put the business on a stronger footing.

It comes at a turbulent time for department store retailers – House of Fraser buckled under the pressure last week and was bought out of administration a few hours later by Mike Ashley’s Sports Direct.

Debenhams said: ‘We announced our intention to restructure our organisation around three business units: beauty and beauty services, fashion and home, and food and events earlier this year.

‘Our work to create a simplified and consistent structure across these units, reducing complexity and driving efficiency in order to deliver our Debenhams Redesigned strategy, is continuing.’

Debenhams has issued three profit warnings this year as sales have failed to meet expectations.

At the last update, Debenhams said it expects pre-tax profits to be in the region of £35m-£40m, less than the current consensus of £50.3m.

The firm is currently has a market value of around £159m after its share price steadily declined over the last year.

Its meagre share price – around the 13p mark – railed over the last few days amid speculation of a takeover by Sports Direct fuelled by the House of Fraser deal and Ashley’s near-30 per cent stake in Debenhams.