German banking heavyweight Deutsche Bank’s British chief executive John Cryan has lost his job and will be replaced by the head of the bank’s retail division Christian Sewing at the end of the month.

The news puts an end to recent speculation that Germany’s biggest bank had been touting for Cryan’s replacement as he failed to return the bank to profit quickly.

Cryan, 57, became Deutsche’s co-chief executive in June 2015, sharing the role with Jurgen Fitschen until May 2016 when he became sole boss. He was supposed to remain in the position until 2020. 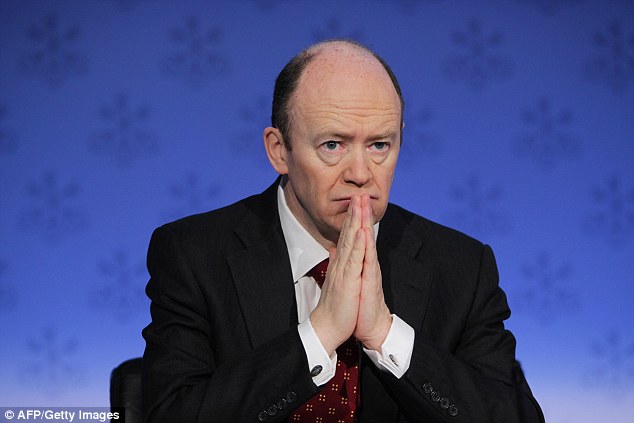 The Yorkshireman embarked on a five-year plan to turn the fortunes of the lender around by overseeing the axing of 26,000 jobs by 2018, the withdrawal from 10 countries, as well as the cutting of 6,000 IT consultants.

He also shelved plans to dispose of its Postbank subsidiary and secured €8billion of new funding back in April 2017.

However, he could not effectively arrest the bank’s slide, which has been compounded by billions of pounds in regulatory fines and the financial fallout of low interest rates in recent years.

Michael Hewson, analyst at CMC Markets said: ‘With the share price languishing at its lowest levels since the end of 2016, when there were still some doubts about whether Germany’s biggest lender would be able to secure additional funding, or avoid a bailout from the German government, this morning’s news that CEO John Cryan has lost his position appears to be a pretty brutal verdict on what was, and probably still is a thankless task in turning around the fortunes of Germany’s largest bank.’ 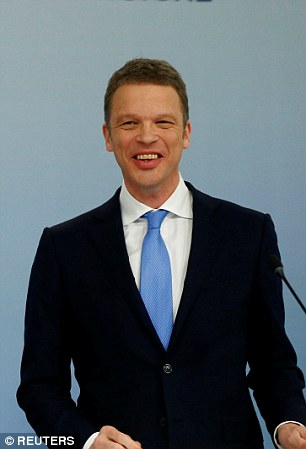 Hewson added: ‘[…] the fact that the appointment has been made internally suggests that there were few if any takers to pick up what is probably still perceived to be a poisoned chalice of a position.’

Sewing, who will take over at the end of the month, has worked for Deutsche Bank for almost 30 years. He thanked Cryan for his ‘enormous contribution’ during an ‘extremely difficult period’.

Last year, the German banking giant signed a 25-year lease for its new City headquarters despite warnings it may move staff and assets to Frankfurt in light of Brexit.

Paul Achleitner, chairman of Deutsche Bank’s supervisory board, said: ‘Despite his relatively short tenure as CEO, John Cryan has played a critical role in the almost 150 year history of Deutsche Bank – and laid the groundwork for a successful future of the bank.

‘The supervisory board in general and I personally are grateful for this. However, following a comprehensive analysis we came to the conclusion that we need a new execution dynamic in the leadership of our bank.’