Devoted to chapels: These charming buildings make for faithful homes

Ed Sheeran already has a pub, tree-house, swimming pool, pond and a pod, known as the Hobbit Hole, on his Suffolk country estate.

Now he plans to build his own private chapel. The singer, who is thought to have been asked to perform at Prince Harry’s wedding, lives with his fiancee Cherry Seaborn in a farmhouse with 16 acres that he bought for £895,000 in 2012. 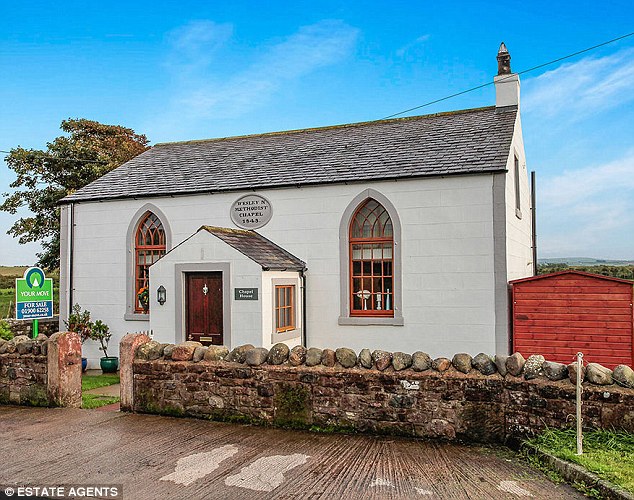 Conversion: A chapel in Maryport, Cumbria, priced at £209,950 your-move.co.uk

The proposed flint structure will be 32ft in height and hold a mere 24 people in its pews. It will be used for ‘spiritual regeneration,’ according to the planning application, revealing Sheeran to be an introspective soul.

‘Attached to the house was this tiny chapel, built in 1603,’ says Tyers, 70, who bought the six-bedroom property before his children left home but now wants to downsize. ‘It had the original vaulted ceiling and oak beams. I felt a powerful sense of its antiquity.’

Chapels throughout the country are being made ‘redundant’ — meaning they are no longer required for regular public worship — at a startling rate.

The Methodists ran about 14,000 chapels in the UK at one time, now that number is about 6,000 and another 100 more are taken out of use every year. Only the most significant of these buildings are taken into the care of the Historic Chapels Trust.

As for the rest, many make excellent art galleries and museums. 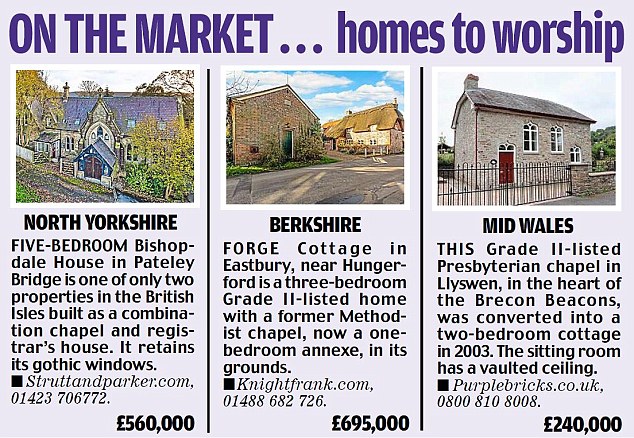 Several, such as Woodworm Studios in Barford St Michael, Oxfordshire, where Fairport Convention, Jethro Tull and Ralph McTell have made albums, have been transformed into recording studios. But most have been made into homes.

There is something about the scale of chapels that makes a conversion job seem possible, even to someone with limited building experience.

Hadrian Lister made swift work of converting a tiny chapel in Maulds Meaburn, Penrith, into a two-bedroom holiday cottage (£275,000, purplebricks.co.uk).

‘When I bought the building in 1999, it was a shell,’ says Lister, 57, a civil servant. ‘I was living mid-week in London at the time and it only took me four months of weekends to complete, with my brother’s help.’

The cottage’s interior is a mix and match of design ideas. Lister has put in two separate stairways, creating an Italianate look and retained the ecclesiastical feel by dividing off the kitchen from the living area with a screen salvaged from an old church. 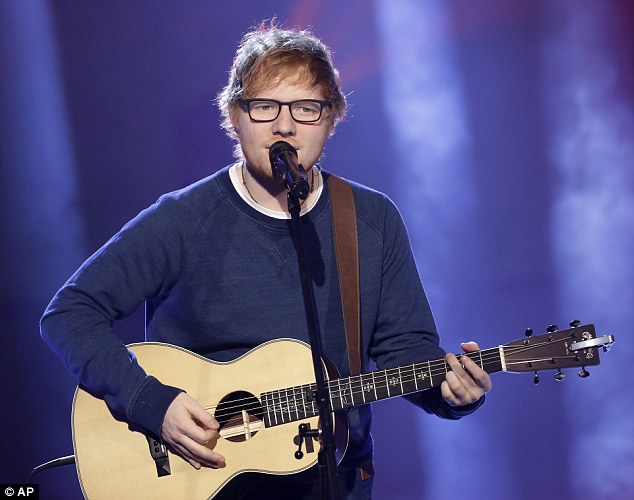 Branching out: Ed Sheeran already has a pub, tree-house, swimming pool, pond and a pod, known as the Hobbit Hole, on his Suffolk country estate, and now wants a chapel

His conversion has preserved the exterior of the building so faithfully that some visitors to the area are fooled by it.

‘People are forever calling here, asking when is the next service,’ says Lister, who has even retained some of the old signage. ‘One gentleman knocked on the door and asked my Dad if he was the Minister.’

Planning permission will be necessary if you want to convert an old chapel so it is wise to foster friendly relations with the planners.

‘Work closely with the conservation officer and do your homework,’ says Simon Vernon-Harcourt, the design and restoration director at City & Country. ‘Demonstrate that you understand the building. Embrace its history. Then set out a good case for your design.’

Vernon-Harcourt believes it is also a good idea to get the advice of an architectural historian to highlight what is special about the building, particularly on Grade II and Grade I chapels.

There might be some features that are not immediately obvious but which could become the focal points of the design. As a general rule, treating a chapel conversion like a house never works. It should never be sliced horizontally floor by floor.

‘You must make use of the proportions with full height spaces,’ he says. ‘By doing that you celebrate interesting trusses and beautiful stained glass windows.’