Did you really secure the best mortgage rate?Major report reveals 3 in 10 miss out on the top deals

Hundreds of thousands of mortgage borrowers are throwing away £1.15 billion a year because they unwittingly sign up for the wrong deals, a major report has revealed.

Some of these homeowners are even shopping around using an independent broker or price comparison website — but still fail to find the cheapest mortgage.

The alarming findings emerged from an investigation by the City watchdog that shows millions of customers face a lottery when it comes to how much they are charged for their loan.

In a warning to customers, the Financial Conduct Authority (FCA) says about 30,000 people are effectively mortgage ‘prisoners’ because their lender is blocking them from getting a cheaper deal. 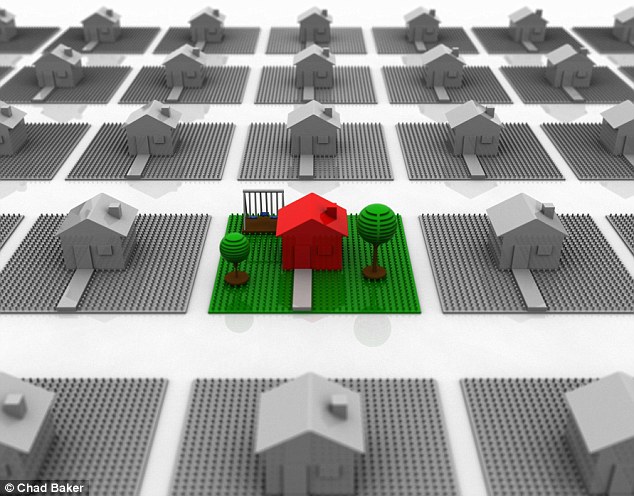 Trapped: The Financial Conduct Authority says about 30,000 people are effectively mortgage ‘prisoners’ because their lender is blocking them from getting a cheaper deal

Then, three in ten of those who do switch — or 570,000 people a year — fall foul of biased brokers and comparison websites that make it impossible to find the best rates. This is costing customers £550 a year on average, the FCA says, or £1.15 billion.

Another 800,000 are failing to shop around for six months after their fixed deal expires.

That means they go on to their lender’s most expensive deal — the standard variable rate — and end up paying £1,000 more than they need to.

A further 120,000 are customers of lenders who have stopped offering new deals. In some cases, they are unaware they can switch lenders to cut their costs.

Others cannot switch because of tough new lending rules introduced after the 2008 financial crisis.

Here, we explain how to beat the mortgage lottery . . .

BEAT THE TRAPS WHEN YOU SHOP AROUND

You may think you’re a pro when it comes to scouring the market for the best mortgage — but don’t bet on it.

The FCA analysed the 1.9 million mortgages taken out in 2016, involving more than 1,000 firms and advisers. It found three in ten borrowers ‘could have found a cheaper mortgage with the same key features as the product they chose’.

It says some of the remaining seven in ten customers may also have been able to cut costs if, for example, they had chosen a deal with a higher rate and lower up-front fee. 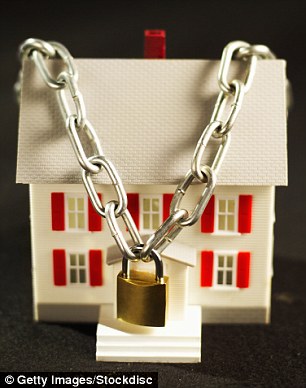 Three in ten borrowers ‘could have found a cheaper mortgage

One issue is that there are more than 100 lenders to choose from, all with different fees and terms and conditions.

Comparison websites cannot tell you how likely you are to be accepted by a particular lender — or show the true cost of a mortgage in your circumstances. Some firms are very small and don’t show up at all in online searches.

Crucially, each bank and building society targets different types of customers with different rates and has its own detailed set of criteria to assess potential borrowers.

The FCA says the limitations of comparison sites are ‘not made clear to customers’. It’s no good simply applying to every lender: it’ll take far too long and getting rejected by a mortgage lender can damage your credit score, making it harder to get accepted in future.

As a result, three in four borrowers end up going with one of the six big banks and building societies. Often they simply stick with their existing mortgage lender as it all seems too much hassle.

The FCA wants firms to develop new tools that make it easier to compare deals you’ll qualify for.

Half of borrowers turn to a mortgage broker for help. The good news is that the FCA found these customers shaved an extra £600 a year off repayments on average.

The bad news is that in 31 per cent of cases, the broker failed to find the very best deal on the market.

Most brokers ‘are reliant on their past experience’ and information from ‘specific lenders’ with whom they are ‘familiar’, the FCA says. ‘This appears to be a barrier to effective searching,’ it warns.

Some brokers consider only a small handful of lenders.

This could be because they have commercial agreements to recommend only deals from certain firms. But the FCA says it found a £400 a year variation in the cost of mortgage quotes from different brokers who were supposed to be completely independent. Some lenders also offer cheaper deals to customers who apply directly.

One way to tackle these problems is visiting a comparison website or Money Mail’s Best Buys and take this information about the best deals to a broker.

Ensure they are independent and mention the information you’ve found. Once you have a recommendation for the best deal you can get, call the lender and find out whether you could get a better rate by going direct. 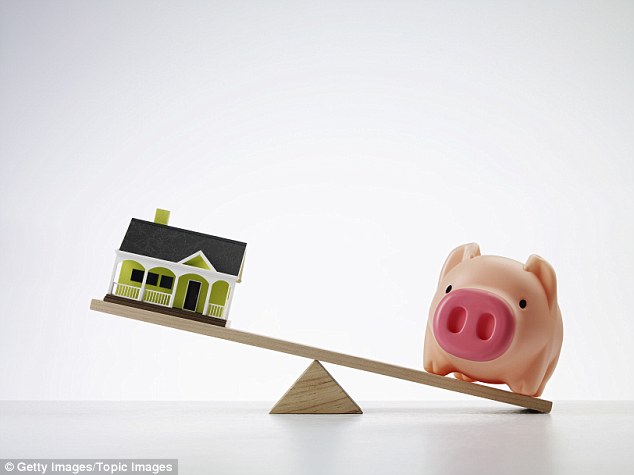 It can be difficult to know whether the mortgage with a low rate and a high fee will work out cheaper than one with a higher rate and lower fee. This normally depends on the size of your loan.

The FCA says older borrowers and those on lower incomes are more likely to choose poor-value deals by mistake.

‘With age we see a sharp worsening of mortgage selection for those over 60,’ the report says. Your best bet is to note down all the figures for the deals you’re comparing and plug them into the mortgage calculator on our sister website This is Money.

This will show the true cost of the deal. See thisismoney.co.uk/mortgage-calculator.

More than half a million borrowers are stuck with ‘zombie lenders’ that cannot give them a better deal because they are not authorised to offer new mortgages.

Over the past decade, thousands of borrowers have had their mortgage debts sold to new owners as crisis-hit banks were bailed out by the Government or rescued by other firms.

These include nearly 140,000 borrowers who took out mortgages from Northern Rock and Bradford & Bingley and whose loans were taken over by the Government-run UK Asset Resolution, as well as many others whose loans were with lesser-known firms.

The watchdog says 260,000 borrowers have mortgages with companies that only have the right to collect their payments and cannot offer them new deals.

It says nearly half these borrowers would benefit from switching, but were likely to ‘face barriers’ due to the difficulty of meeting other lenders’ criteria.

Of the remaining number a further 120,000 are already thought to be on relatively low rates, while 20,000 are thought to be behind with payments and couldn’t switch anyway.

DON’T FORGET TO SWITCH ON TIME

An estimated 800,000 borrowers waste £1,000 a year because they leave it more than six months to find a better deal when their current fixed or discounted offer ends.

The FCA says some lenders will target certain customers with offers for new rates when they get to the end of of their deal, but not others.

Another problem highlighted by the FCA is that we’re all so busy — particularly when moving home dealing with buyers, sellers, solicitors and agents.

Typically, borrowers roll onto expensive standard variable rates (SVRs), which are the costly deals lenders move you onto once your introductory offer period is over.

Money Mail analysis found the savings on offer can go as high as £3,205. The average SVR is 4.77  per cent, while the cheapest two-year fixed rate for those with a 40 pc deposit is currently 1.36 per centwith no fee, from Danske Bank, according to comparison website Moneyfacts.

Charlotte Nelson a finance expert at Moneyfacts said: ‘With mortgage rates rising this is an ideal time for the FCA to highlight their concerns about the mortgage market, as the lowest-priced deal is not always the best choice for borrowers, based on true cost.

Customers need to weigh up the rate, fees as well as any incentives to find the right deal and not be blind-sided by lowest rates alone.’

Robert Sinclair, chief executive of the Association of Mortgage Intermediaries said: ‘There are a series of contradictory statements in the Mortgages Market Study.

Despite the broad conclusions being very positive and there being no recommendations for significant change, AMI agrees with the FCA that the market could still be improved.

‘This is why we have indicated that we will work with the FCA to develop better tools in order to assist consumers in understanding which brokers can provide then with a full or limited service and how we ensure that lender criteria are better understood by all market participants.’

Tashema Jackson, money expert at uSwitch.com, says: ‘The FCA’s report highlights that there could be real opportunity for further innovation in how consumers compare and take out mortgages.

‘Price comparison sites are pretty good at showing consumers the mortgages available, but aren’t able to access the data required to show prospective customers what mortgages they might be eligible for.

‘If the FCA could help comparison sites access this information from the lenders themselves, comparison could be even more useful for mortgage consumers.’

Find out how much you can afford to borrow with This is Money’s mortgage affordability calculator, and see the difference between capital repayment and interest-only deals.