‘Dieselgate’: Volkswagen is poised for ruling on class action lawsuit

Legal action against Volkswagen could be triggered this week with claims relating to the car emissions scandal that could run into billions of pounds.

A three-day hearing at the High Court in London starts on Tuesday to decide whether to approve a group litigation application by two law firms.

That could pave the way for a class action against the German giant which would be the biggest in UK history. 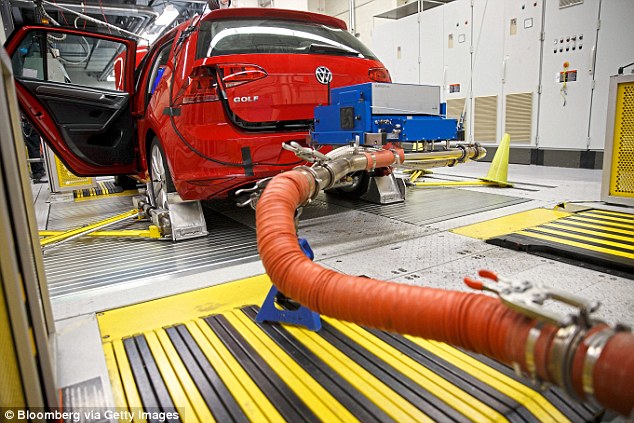 Scandal: VW has already admitted guilt in the US over emissions software

The ‘dieselgate’ emissions scandal erupted in 2015 when it emerged that the company had fitted software in its diesel vehicles to cheat nitrogen oxide (NOx) tests, making the levels appear lower than they actually were.

Around 1.2million Britons were sold diesel cars under the Volkswagen, Audi, Seat and Skoda brands between 2008 and 2015. So far, around 60,000 have signed up to the group litigation order.

But that number could rise before the deadline for claims, which is expected to be set by the High Court this week.

Those affected will be able to claim up to 100 per cent of the purchase price of the vehicle depending on how they have been affected, lawyers claim.

VW admitted guilt in the US and has paid out around $25billion (£18billion) in claims and fines there. However, it has insisted it broke no laws in Europe and is resisting compensation claims.

The High Court hearing will also decide to appoint Your Lawyers or Slater & Gordon as lead lawyers.

Your Lawyers has partnered with American firm Lieff Cabraser Heimann & Bernstein, which led the case in the US. Aman Johal, director of Your Lawyers, said it would be ‘the biggest consumer action England and Wales has ever seen’.

He added: ‘Misleading customers is very serious so that’s why we say we would be seeking up to 100 per cent of the purchase price of the vehicle.’

Your Lawyers, which has signed up around 10,000 claimants so far, said some of its clients had complained that their car’s performance dropped after updates were installed to ‘fix’ the so-called defeat devices. Others have complained of worse fuel consumption.

However, VW disputes this. It said ‘the overwhelming majority’ of customers were satisfied with the updates.

A spokesman added: ‘Our consistent position has been that the instigation of UK legal proceedings was both premature and unfounded, and that we will robustly defend any such litigation.

‘There is no legal basis for customer claims in connection with the diesel matter.

‘Our UK customers have not suffered any loss or damage as a result of the NOx issue. The vehicles are safe and roadworthy, and perform as advertised.’