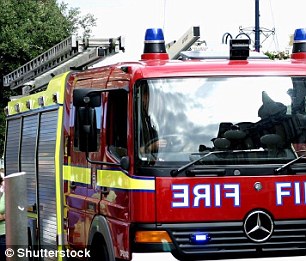 Three former directors of a company which supplied fire engines to the London Fire Brigade have been slapped with half a million pounds’ worth of fines for dodgy accounting.

AssetCo, a fire and rescue services business still listed on London’s junior stock market AIM, caused investors to lose millions of pounds when its shares collapsed in 2011 from 60p to 1.75p.

Former chief executive John Shannon was excluded from the accountancy profession for 16 years and fined £250,000, while ex-chief finance officer Raymond ‘Frank’ Flynn was banned for 14 years and received a £150,000 penalty and former financial controller Matthew Boyle got a 12-year exclusion and a £100,000 fine.

The UK’s Financial Reporting Council, which investigated, said the misconduct was the most serious it had put before a tribunal.

The FRC’s Claudia Mortimore said: ‘The actions of these individuals have damaged public confidence in the profession.’