Domino’s Pizza posted strong sales, helped by investments in its online platform, but international expansion made a dent in its profits, sending shares down more than 10 per cent.

The pizza chain, which has been investing in its mobile app and building its presence in Switzerland, Iceland, Norway and Sweden, saw sales rise 12.8 per cent to £616.6million in the first half to 1 July. 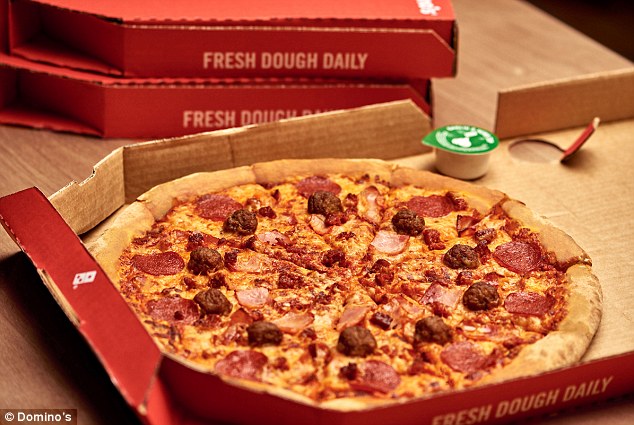 Sliced:  Domino’s has reduced the number of stores it plans to open.

However, pretax profits fell 9.7 per cent during the period to £41.7million, with the group citing exceptional costs for the fall.

These include a £2.1million hit from Norway as it transforms Dolly Dimples into Domino’s, a £1.9millio hit from its Warrington supply chain centre, £1.4million from joint venture store conversion in Germany and a further £4.2million from tax, amortisation and German Market Access Fee increase charges.

‘Whilst our international businesses continue to make good progress with customers and sales, it has taken us some time to refine the operating model and cost base at store level, particularly in Norway.’

Domino’s also said it expects fewer stores to open this year – 60 new outlets in 2018 instead of the 65-75 anticipated in April.

Analyst Neil Wilson at Markets.com said: ‘This seems to reflect a more focused and disciplined approach to openings in what is undoubtedly a trickier market, but it might also signal some deeper worries about the UK market.

‘Indeed, management struck a very cautious tone over the UK, saying that the trading environment ‘continues to be uncertain’. Flat real incomes and the inflationary pressures affecting the casual dining sector from the national living wage, food costs and business rates are all weighing. But Domino’s seems able to shrug off such concerns and continues to deliver in terms of top line sales as well as underlying profits.’ 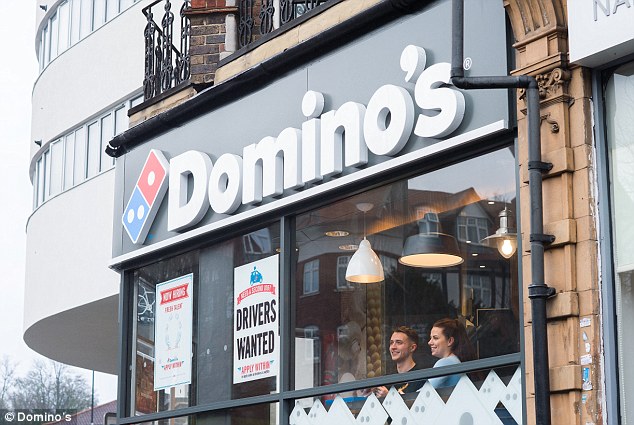 Shares in Dominos fell by 10.3 per cent in morning trading

‘However, in a competitive and price-sensitive market the pizza delivery chain needs to keep on top of costs and be seen to offer value-for-money.

‘The hot weather has eaten into sales and there are visible signs of a slowdown as its number of planned store openings has been sliced. Domino’s, which is heavily dependent on the UK market, says it’s confident that it will remain on track, but clearly has its Scandi invasion in mind when it comes to longer-term growth.’