Dragons’ Den hopefuls who were branded ‘stupid’ when they turned down two offers on the BBC show have grown their idea into an international business.

Steve Pearce and Sam Coley, both 25 and from Yorkshire, impressed the Dragons with their pitch for TickX, a one-stop online hub for attraction, concert and cinema tickets, with Peter Jones hailing the burgeoning company the ‘Uber of events’.

However Steve and Sam felt their business was being undervalued and declined both offers, much to the shock of friends and family watching at home.

Now, just over a year later, the pair have launched TickX in Ireland and Spain and have just secured £3million in funding to help take the business global. 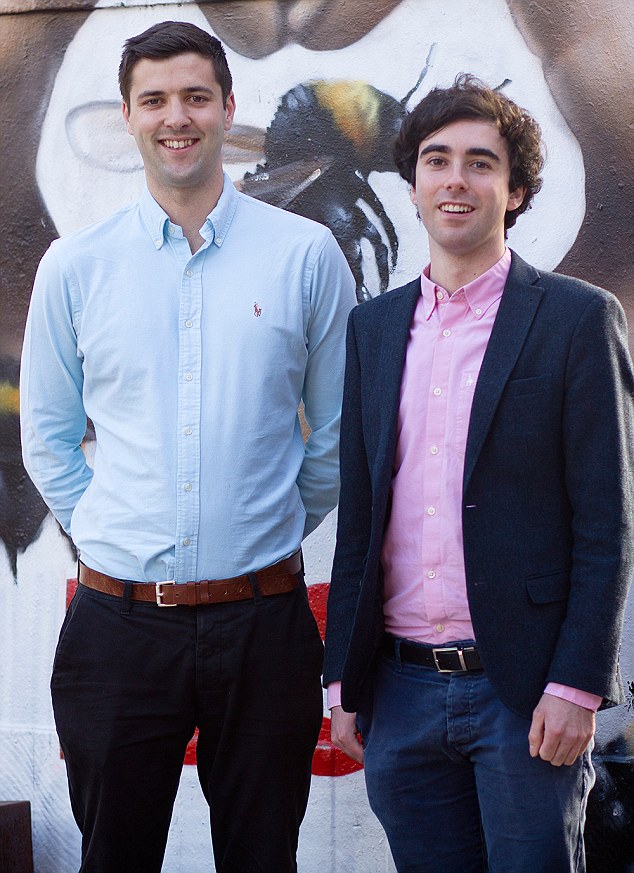 Entrepreneurs: CEO Steve Pearce and CTO Sam Coley, co-founders of TickX. The online ticketing hub was hailed the ‘Uber for events’ on Dragons’ Den and just secured £3m in funding 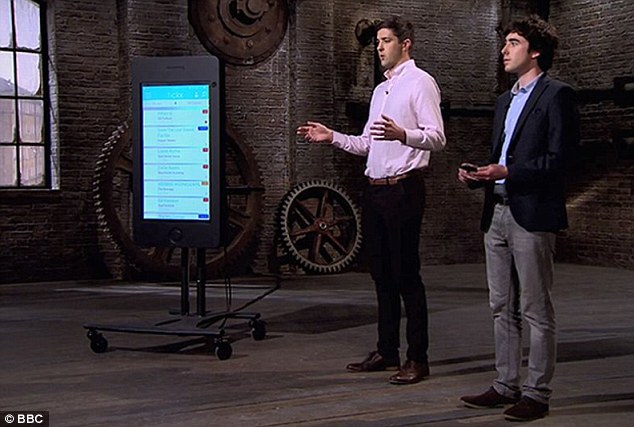 Winning performance: The pair Steve Pearce and Sam Coley impressed the Dragons with their pitch for TickX, a one-stop online hub for attraction, concert and cinema tickets

Last week the company also launched a partnership with NME, becoming the publication’s sole ticketing provider as it ends its print version and moves online.

Speaking exclusively to FEMAIL, Steve told how the idea for TickX came while he was a student at Manchester University and ‘going out far to often’.

‘During my time there I became increasingly frustrated with the efforts involved planning a night out and continued to be amazed there was no single destination to discover experiences – events, attractions and the cinema,’ he said.

‘Yet, when searching for what’s on at the weekend it seems crazy that until TickX you had to trawl through far too many venue & promoter websites and far too many ticket sellers to discover what events were happening, who’s selling tickets and who’s the cheapest.’ 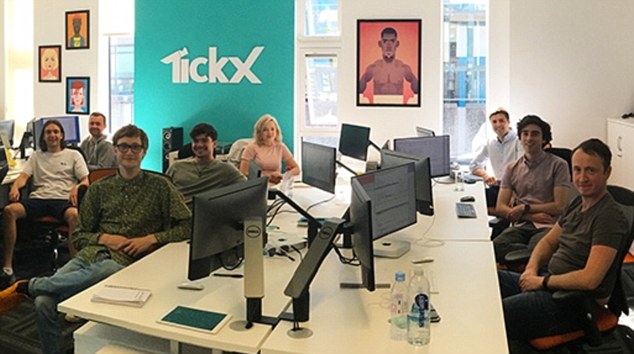 Growing business: Some of the TickX team at the company’s Manchester headquarters. Sam and Steve have plans to more than double their 15-strong workforce to 35 in the near future

Meanwhile Sam, a family friend, had launched his first online auction site aged 14, set up a software development company at 16 and by the age of 17 had hired his father as an employee.

He said: ‘I skipped the normal uni path and was focused on growing that company when Steve approached me. Our parents were good friends so he’d been keeping tabs on what I was up to on Facebook.

‘I loved the idea of bringing comparison into the events market and Steve saw the huge value in the discovery elements. These ideas merged to become the starting point of TickX.’

Advice: How to start your own business

CEO Steve shares his advice for anyone who might think they are on to a winning idea, but is unsure how to take the next step…

1. Get on with building the business as quickly as possible. Some people procrastinate and plan for years but doesn’t really move forward.

Our approach has always been to run not walk while continuously adapting and improving.

2. Surround yourself with great people on every level from your board members to your team.

3. Focus on creating a great product people will love and never stop trying to improve it.

Eight months after first conceiving the idea, the pair secured £175,000 seed backing from Ministry of Sound and launched officially in 2015.

Shortly afterwards they were approached by researchers from the Dragons’ Den team and handed the ‘golden opportunity’ to appear on the show.

Sam said: ‘It was a surreal experience having watched the show since a little kid and it was certainly a lot longer experience than we had expected. We thought we’d be in there for 20 / 30 mins max but in fact we were being questioned by the dragons for over an hour and a half.’

The pair impressed the dragons with their informative and considered pitch and received a joint offer from Jones and Jenkins for £75,000 in exchange for 20 per cent equity, while Touker Suleyman offered the same amount for 15 per cent.

While the response from the Dragons was a ‘huge stamp of validation’, the pair felt the offers undervalued the business.

‘We made the brave – or what our family and friends said at the time the “stupid” – decision to turn this down,’ Steve said.

Fortunately the risk paid off and shortly after appearing on the show the pair secured £750,000 – 10 times the amount offered by the Dragons – from investment network 24Haymarket. 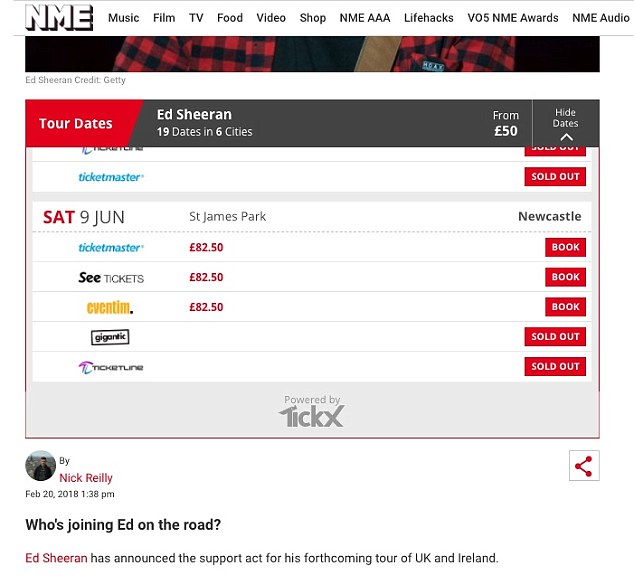 Big step forward: The company also launched a partnership with NME, becoming the publication’s sole ticketing provider as it ends its print version and moves online

Since then, it has been a string of successes for TickX, which now employs 15 members of staff and has recently had to move into a larger Manchester office to accommodate the growing team.

Last year one million people used TickX to plan their day or night out.

TickX has also raised £3million in Series A funding led by BGF Ventures, while Ministry of Sound and 24Haymarket both increased their backing.

The new multi-million pound investment will be used to launch the site in more European cities and to add cinema tickets to its service.

The company also has plans to launch pioneering 3D seating map for theatres, giving the customers the best view of the tickets they are buying. Sam and Steve will also more than double the current workforce to 35 to support the rapid expansion.

The partnership with NME is also a big step forward for the company, with Steve saying the year had ‘started off with a bang’.

Sam added: ‘The time has flown by since Dragons’ Den aired just over a year ago and we’re proud of all the milestones we’ve achieved so far. But, now with the new round of investment, it’s given us the platform for the rapid expansion that we’re ready for.’