Household appliance-maker Dyson today (Thursday) announced it is accelerating plans to develop electric cars in Britain – with a £200 million investment in track-testing facilities at its new UK research centre.

The firm, which is branching out from its vacuum cleaners and hair driers to take on car giants with a new generation of high-tech electric vehicles, said the move would create ‘more high-skilled jobs for Britain’.

It is being viewed as another vote of confidence in the United Kingdom in the run up to Brexit next Spring. 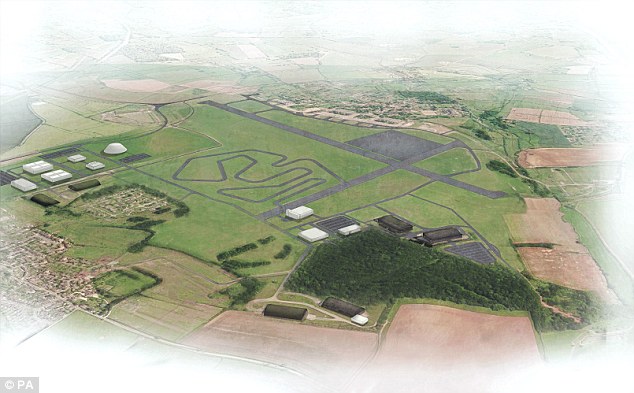 Cleaning up in the electric car market: This artist’s impression shows how Dyson’s new campus at Hullavington Airfield in Wiltshire could look as it ramps up efforts to produce a range of new electric cars

Dyson is currently recruiting an additional 300 automotive engineers on top of the 400 already in place and has said the electric car project could see the firm’s present UK workforce nearly double to around 8,000.

The battery-powered electric cars are being designed and developed in the UK, however lower labour costs mean final assembly is likely to be in South East Asia where much of the firm’s wider electronic and hi-tech production already takes place.

Dyson confirmed it is seeking planning permission for ‘extensive vehicle testing facilities’ at the former World War 2 RAF base at Hullavington Airfield in Wiltshire – including ten miles of test track – as it embarks on the ‘next phase of electric vehicle development’.

It will be accompanied by a £200 million investment for UK expansion.

The proving ground will also have a hill and handling road route which simulates a challenging fast road with a range of corners and a section to test advanced driver assistance systems up to its maximum speed. 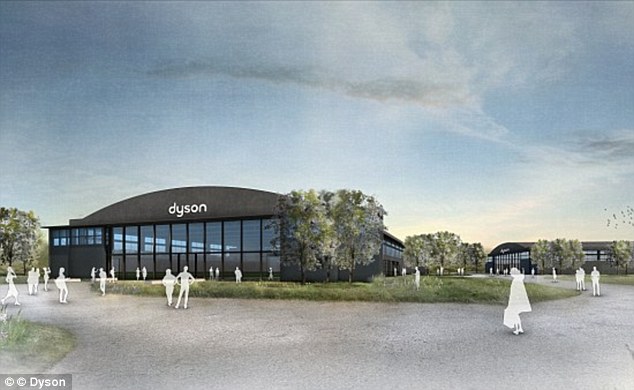 Dyson is currently recruiting an additional 300 automotive engineers on top of the 400 already in place and has said the electric car project could see the firm’s present UK workforce nearly double to around 8,000 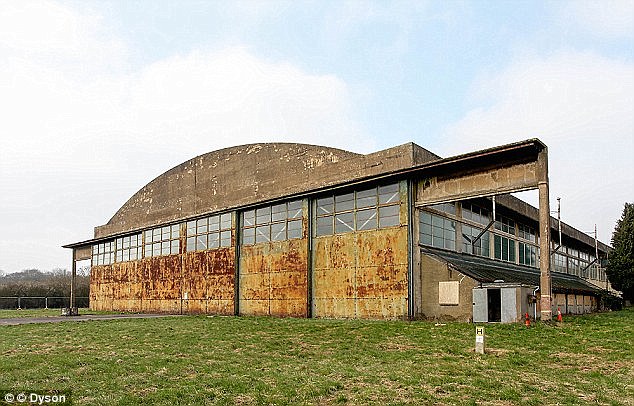 The premises will also have test slopes of differing gradients to check the powertrain of engines and gears.

They are home to 400 members of Dyson’s newly created automotive team who have now moved in, with a further three buildings on course for completion.

Founder Sir James Dyson announced in September last year that his firm had been working in secret over the previous three years on an electric vehicle which it intends now to put into production.

It is investing £2 billion in all ahead of the electric car’s launch in 2021. 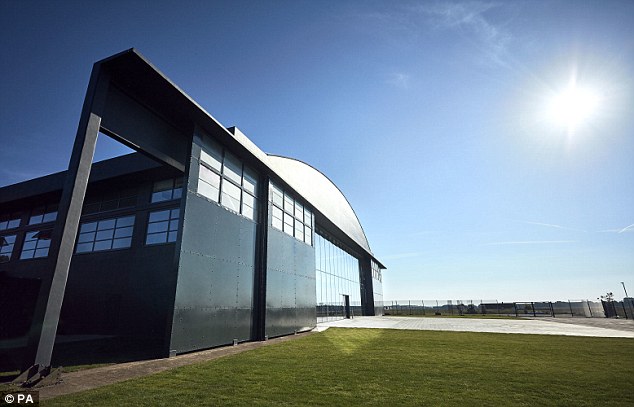 The firm, better know for producing vacuum cleaners and hair drier, is investing £2 billion in all ahead of the electric car’s launch in 2021 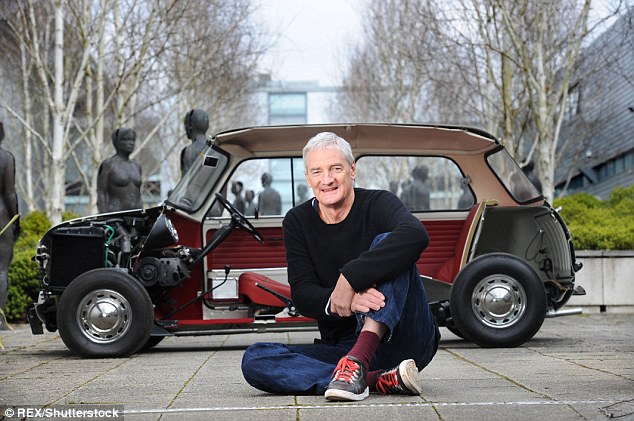 Sir James said his aim was to ‘dominate’ the emerging electric car market by taking on America’s Tesla and traditional car makers like Jaguar Land Rover who are creating their own battery powered vehicles.

He stressed the new car would be ‘radical, upmarket, high-tech and cutting edge’, clarifying: ’It won’t be a Nissan Leaf.’

He added at the time: ’We will lead the development for high value jobs in the UK. These cars will be British exports. The know-how and development is here.’ Sir James Dyson stressed that his range of new cars would be ‘radical, upmarket, high-tech and cutting edge’

It employs 12,000 globally – including 4,500 emgineers and scientists – with engineering and testing operations in Malaysia, Singapore, the Philippines and the UK.

‘It will quickly become a world-class vehicle testing campus where we hope to invest £200m, creating more high-skilled jobs for Britain.

‘We are now firmly focused on the next stage of our automotive project strengthening our credentials as a global research and development organisation.’

The firm’s 67-acre campus in Malmesbury, Wiltshire, is also home to the Dyson Institute of Engineering and Technology, which opened in September 2017 and the firm is making a £31m investment into UK higher education with a funded four-year degree programme to help overcome the shortage of engineers in the UK.