The VW Golf GTI MkI is – arguably – the original hot hatch. Just ask any petrol head and they’ll tell you that this is the icon of the genre of super-fast small family cars.

But this one is even more special than any other British example of the much-adored first-generation GTI – and you’ll soon have the chance to buy it at auction.

Why so unique? It’s the last remaining ‘pathfinder’ car brought to the UK by Volkswagen in 1978, as a promotional exercise before the full production right-hand-drive models were shipped across the Channel for British customers a year later.

It will be sold at a Surrey auction in June – and it should shatter the modest £32,000 estimate set by the auctioneer. 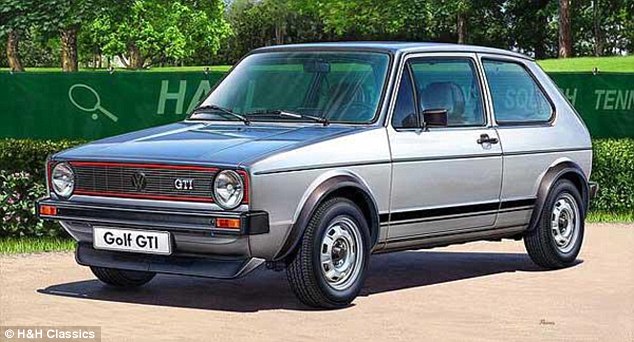 GTI dreams: This is the earliest example of a UK Volkswagen Golf GTI MkI – and it will be sold to the highest bidder next month

The Golf GTI first arrived on the scene in Volkswagen’s home nation of Germany in June 1976.

It wasn’t until three years later in 1979 that the first right-hand-drive GTIs arrived on British shores – some five years after the standard Golf had gone on sale in the UK.

However, the year before the official launch, 22 specially crafted cars were built by VW to promote the forthcoming launch of the GTI in Britain, all of which had the steering wheel on the left.

This is one of those 22 cars. And, according to auctioneer H&H Classics, it’s the only one still remaining today. 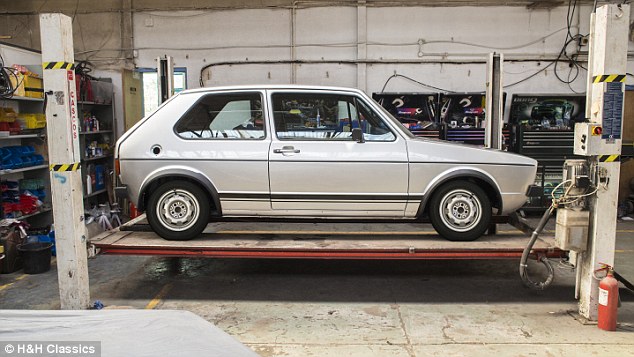 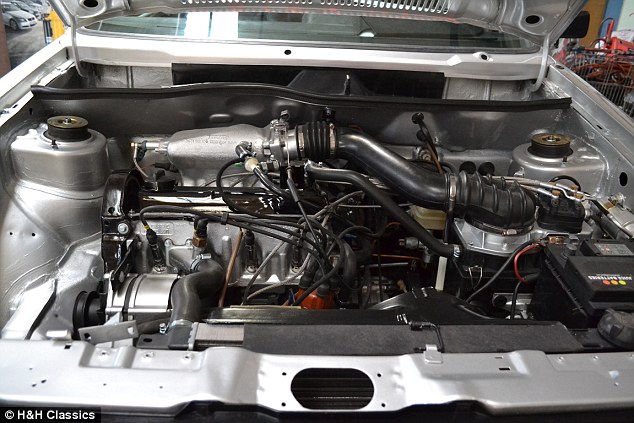 All the chassis and engine numbers tally up, and it is sold with certification of authenticity from the Volkswagen Museum

Volkswagen’s ploy of teasing Britons with the Golf GTI a year early was a raging success.

The car’s unique combination of handling, performance, packaging and affordability was an instant hit – and Britons made enquiries and placed deposits en masse to secure one of the punchy hot hatchbacks. 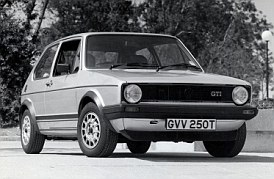 The Volkswagen Golf Mk1 was noteworthy for signalling VW’s shift of its major car lines from rear-wheel drive, using rear-mounted air-cooled engines, to front-wheel drive with front-mounted, water-cooled engines that were (often) transversely-mounted.

The successor to VW’s iconic Beetle, the first generation Golf debuted in Europe in May 1974 with styling by Giorgetto Giugiaro’s ItalDesign.

By the early 1970s, Volkswagen had fallen into financial difficulties and Beetle sales began to decline sharply. Replacing the Beetle was vital for the company’s continued survival.

Volkswagen initially built the GTI only for the home market of West Germany but launched it onto the British market in 1977, as a special order only in left-hand drive form, with a factory right-hand drive version finally becoming available in July 1979.

The standard Golf had been on sale in Britain in right-hand drive form since late 1974.

As a result, this example registered with the plate ‘WHX 995S’ is described as ‘a rare beast of significance to Volkswagen history’.

And not only is it one of the aforementioned 22 left-hand-drive pilot cars of huge importance but it has also recently been painstakingly restored to its original best.

As well as the chassis and engine numbers matching up, the bodywork, silver paint, 110bhp four-cylinder engine and four-speed manual gearbox are all in the order they were when the car first arrived in Briton in 1978.

Being 40 years old, it won’t need to pass an MOT from Sunday as part of controversial new rules introduced by the Department of Transport, but this one still comes with a fresh certificate clearing it for use on British roads.

It also comes with written proof from the Volkswagen Museum confirming the factory build date, chassis and engine numbers, plus the rare specification it has, which strangely includes green glass windows.

It will go to auction with H&H Classics as part of the RAC Woodcote Park sale on June 5th in Epsom, Surrey.

However, considering the importance of the car – and the recent sales prices notched up by pristine examples of its 80s rival the Peugeot 205 GTI – we fully expect it to surpass even the higher estimate.

Flawless versions of Peugeot’s hot hatch have sold for figures close to £40,000 at auction in recent months, while Ford Sierra Cosworth RS500s from a similar era are now demanding fees of close to £120,000.

Roger Nowell of H&H Classics, said: ‘This is a beautifully presented version of the Golf GTI and part of automotive history.

‘It represented fun and performance at an affordable price.

‘It goes to show what happens to investment value when a car is much loved and breaks new ground.’ 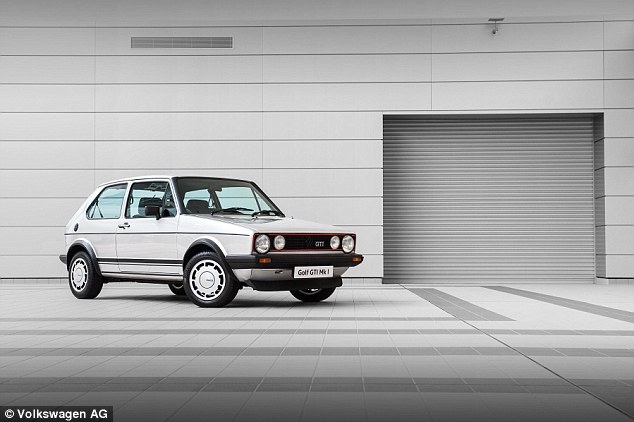 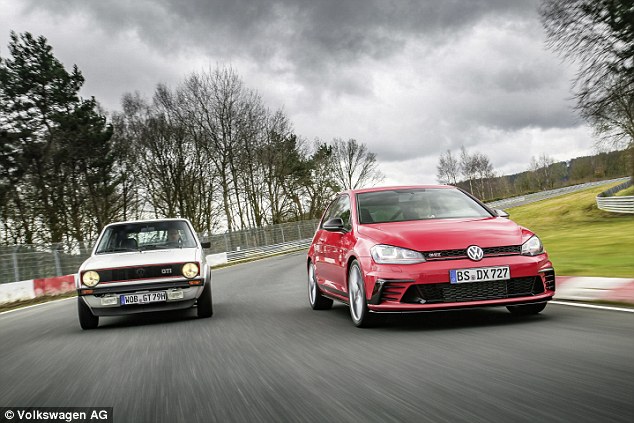 Showing just how much the Golf GTI has grown, here’s the 7th generation GTI Clubsport next to the original 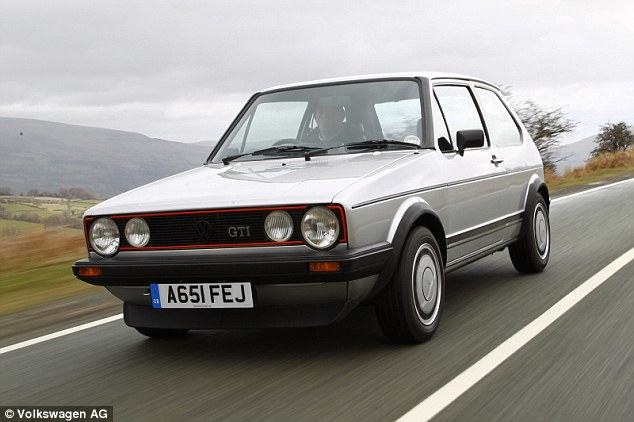 The Golf GTI’s unique combination of handling, performance, packaging and affordability was an instant hit