Easyjet plans to join its rivals in launching a legal complaint to the European Commission over swathes of air traffic control strikes hitting the continent.

In the last quarter, the disruption caused by the strikes cost the airline around £25million more than similar disruption did a year ago.

In the quarter to 30 June, Easyjet cancelled 2,606 flights, many of which were cancelled due to the strikes, the comapny claimed.

The airline’s boss, Johan Lundgren, said he believed there was a case that EU law was bring infringed by not adequately protecting flights over France as the Commission’s failure to tackle the issue is breaching freedom of movement for Europeans. 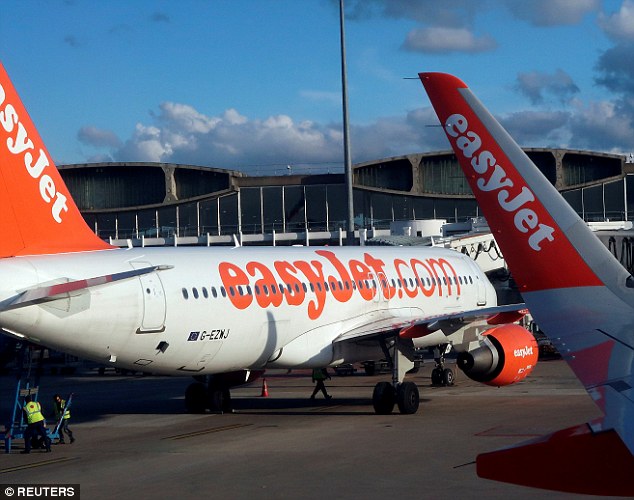 Legal action: Easyjet plans to join its rivals in launching a legal complaint to the European Commission over swathes of air traffic control strikes hitting the continent

In its latest trading update, Easyjet revealed it had increased its full-year profit outlook to between £550million and £590million, compared with previous guidance of between £530million and £580million.

Strong demand from customers helped boost the forecasts. Revenues in the third quarter rose by 14 per cent to £1.6billion and the airline flew 9.3 per cent more passengers than at the same point a year ago. Around 24.4million passengers flew with Eadsyjet in the three months to 30 June.

The group’s costs increased by 4 per cent in the quarter, with the airline’s crucial load factor rose by 0.3 percentage points to 93.4 per cent.

‘The airline continues to go from strength to strength attracting more than 24 million customers in the period who chose to fly with us for our leading network of top European destinations, low fares and outstanding service.

‘We have also seen the continued growth in ancillary revenues, mainly due to more passengers choosing to buy allocated seating and hold bags.’ 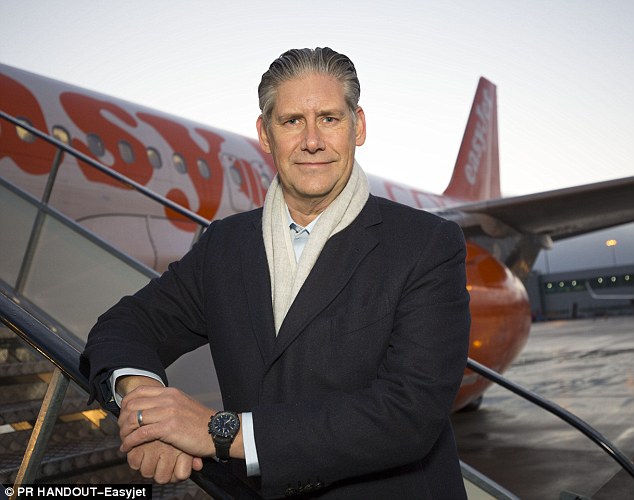 The company also revealed that the UK’s summer heatwave could hit demand for late bookings in its final quarter, with the recent World Cup tournament also potentially putting some passengers off travelling.

Richard Hunter, head of markets at interactive investor, said: ‘The stars are aligning for Easyjet this year, as a number of factors are playing into its hands.

‘The demise of competitors such as Monarch, Air Berlin and Alitalia has opened up the field, ancillary revenue has increased due to a change in passenger behaviour (increasingly paying for additional baggage and allocated seating) and load factors remain high.’

He added: ‘All is not straightforward, however, as ever in the airline industry. Factors out of easyJet’s control such as the cost of fuel and foreign exchange movements can be exacerbated by widespread industrial action, as has been the case in Europe, particularly of late in the likes of France and Italy.

‘In addition, the operation in Germany has yet to financially wash its face, although there are clear signs of progress. Elsewhere, costs in general need to be tightly controlled in a notoriously cyclical industry, and easyJet will have its work cut out in keeping the lid on costs within its control in the event of a future downturn.’

‘Nonetheless, this is a positive update and the early market reaction has clearly recognised the achievement.

‘This move adds to a share price which has gained 15.5 per cent over the last year, as compared to a 3 per cent hike for the wider FTSE100, and with the outlook being upbeat, the market consensus of the shares as a cautious buy may need to be nudged rather higher.’