Britons have been warned to be on their guard over the next year as fraudsters continue to create new ways of tricking people out of their money.

Bogus Brexit investments, dodgy World Cup football tickets and social media spying are among the eight top scams people need to stay vigilant over in the next year, NatWest says.

It has identified some of the key ways in which fraudsters will try to con people this year by analysing scams from the last 18 months with research agency Future Laboratory to predict the next wave of attacks. 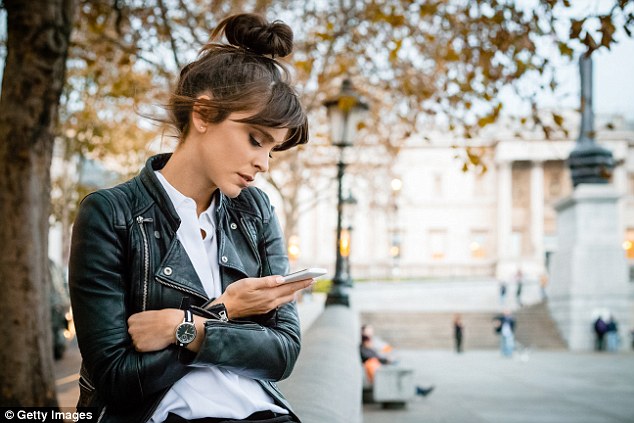 Remote banking: Increasing numbers choose to bank on the go – and it is giving more opportunities for fraudsters to strike, the report says

The banking giant says financial fraud is now the most common crime in Britain.

It adds that with a growing number of people using remote banking, opportunities for fraudsters to strike is set to surge further.

And staying several steps ahead of the fraudsters is crucial to prevent further theft.

Julie McArdle, NatWest security manager, said: ‘Scammers are dogged in their attempts to get their hands on people’s money and are always looking for new ways to get ahead.

‘This means banks and customers need to evolve alongside scammers too. By being aware and staying ahead of scammers, we can stop them winning and keep the country’s money safe and secure.’

The report warns that, as the excitement builds around Prince Harry and Meghan Markle’s wedding, scammers will try to rip off couples who are also planning to wed with fake websites.

NatWest says people should follow their bank’s security advice and never provide remote access to their device when asked to do so following a cold call.

A bank will never ask a customer to transfer money for fraud reasons or contact them out of the blue to ask for their Pin or full password.

In 2016, This is Money set up its Beat the Scammers webpage, with the latest news, guides and tips to help beat the growing threat of fraudsters.

If you have been the victim of financial fraud, get in touch: lee.boyce@thisismoney.co.uk

Home buyers are also being warned to watch out for bogus emails purporting to be from those dealing with their purchase.

Here are the eight frauds to watch out for in 2018, according to the predictions:

People might not realise how much information they are giving away, but to a fraudster the posts can be very helpful in setting up a scam.

NatWest warns that people can be very liberal with posting information on social media.

Sharing good news on social media to keep loved ones updated on important moments can be used by fraudsters to their advantage.

For example, a fraudster might spot news about someone moving to a new house and then know they will be receiving house proceeds from their bank or mortgage provider.

This could result in the fraudsters impersonating their solicitor and requesting for funds to be misdirected to them.

It also warns that complaining about a company on social media could see scammers call pretending to be from the brand.

NatWest says people should also be cautious about what information they provide on social media.

It is expected that malware or malicious software threats will grow among mobile devices.

Criminal gangs use malware to compromise customers’ security and personal details. Until now, malware has been most prominent on PCs and laptops, but people should now be prepared for criminals targeting their smartphone.

People should keep their mobile devices’ operating systems up to date and only download apps from official stores.

People should be wary of fake investment opportunities. For example, scammers may email customers, warning Brexit will affect their savings, and that they urgently need to move them into a seemingly plausible, but actually fake, investment product.

Scammers could also use the opportunity to send e-mails with sensational headlines about Brexit to encourage them to click on a link that downloads viruses and spyware. 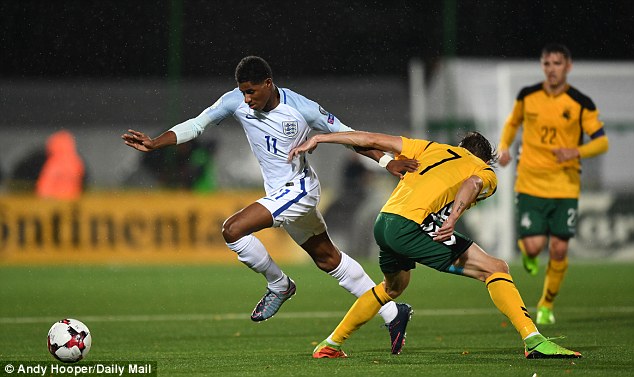 Fake football: The report is warning football fans, hoping to glimpse English glory in Russia, to be on their guard over fake tickets and holiday packages

Some fraudsters will sell football tickets that are either fake or will never arrive. It is also expected that ‘package trips’ will be offered by fake travel companies for Russia.

Fans have been warned that some sites will sell tickets that are either fake – or will never arrive. People should thoroughly research any site they are considering making a purchase through.

Mule recruiters may trawl social media for potential targets, particularly cash-strapped students in university towns, and use them to inadvertently launder money.

Money mules receive the stolen funds into their account, they are then asked to withdraw it and send the money to a different account, often one overseas, keeping some of the money for themselves.

This is a criminal offence, is likely to result in your account being closed down and it can make it extremely difficult to open another UK bank account in the future 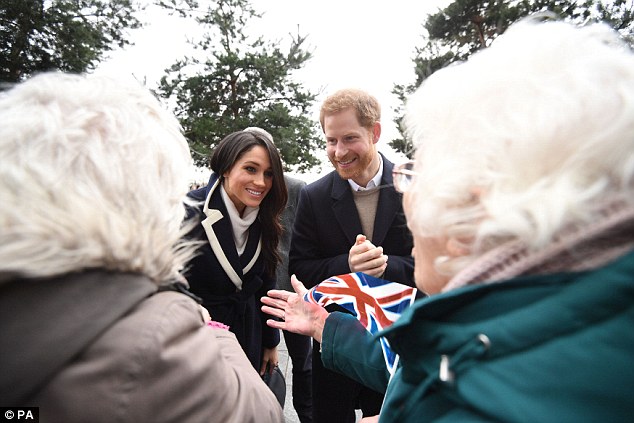 Wedding fever: NatWest says as excitement builds around Prince Harry and Meghan Markle’s wedding, scammers will try to rip off couples who are also planning to wed with fake websites

Experts fear couples could be easy prey for scammers who tempt victims with extravagant offers at bargain prices.

Scammers can set up fake websites for elements of the big day like venue hire, catering, or wedding dresses that appear very realistic.

Fake wedding planners will take people’s money and then disappear. Do your research.

Criminals create fake profiles to form a relationship with their victims.

They use messaging to mine victims’ personal details to use for identity fraud.

Or, just when the victim thinks they have met the perfect partner the scammer asks them for money.

It adds that spelling and grammar mistakes, inconsistencies in a person’s background and only seeing static pictures of a person can all be signs that someone is orchestrating a scam.

Computer hackers monitor emails sent by a solicitor to a first-time buyer and then they pounce, pretending to be the solicitor and telling them the solicitors’ bank account details have changed in order to steal cash.

Always be cautious of a third party’s bank details change just before a large payment – it may also be a good idea to send a test £1 first and check who you are paying has received it, before handing over the full payment.