It seems Tesla’s affordable Model 3 sedans won’t be arriving for a little while longer.

Chief among them, Musk said the electric car company needs three to six months after achieving its goal of producing 5,000 Model 3s per week, or else Tesla could ‘lose money and die’.

Since then, the firm has been plagued with production delays and manufacturing bottlenecks as it has worked to get the Model 3 in the hands of customers, but has made progress in recent months.

Tesla said in April that it delivered 8,180 Model 3 vehicles in the first quarter, after announcing that the affordable sedan had been named the top-selling electric vehicle in the US. 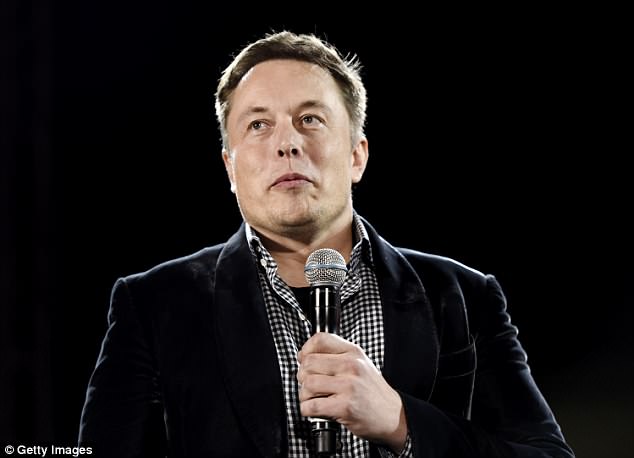 Tesla chief Elon Musk (pictured) said the company needs three to six months after achieving its goal of shipping 5,000 Model 3s per month or else the firm could ‘lose money and die’

As Tesla continues to ramp up production of the Model 3, it has given greater attention to delivering higher-end versions of the sedan.

Tesla has been more focused on fulfilling orders for Model 3 sedans with longer-range battery packs and quicker charging capabilities, which are priced at about $44,000, according to Bloomberg.

He said the dual-motor, all-wheel drive performance version will be able to accelerate from zero to 60mph in just 3.5 seconds, has a 310 mile range and a top speed of 155mph.

Musk said the performance Model 3, which is available with black and white interiors, will cost ‘about the same’ as the BMW M3 sedan, which is priced at $66,500.

However, the souped version does not include Tesla’s vaunted Autopilot feature.

Musk provided more details about the Model 3 performance vehicle’s dual motor, saying that users can ‘full drive the car even if one [motor] breaks’.

The announcement of the performance Model 3 pushed Tesla shares higher by 2.6% to $284.12 on Monday afternoon.

Tesla has prioritized higher-end versions of its cars in the past, using the same strategy with its Model S sedan and Model X crossover SUV.

Separately, research firm Berenberg raised its price target for Tesla shares to $500 from $470, saying the company’s margin targets for the car were now reality and not just a hope. 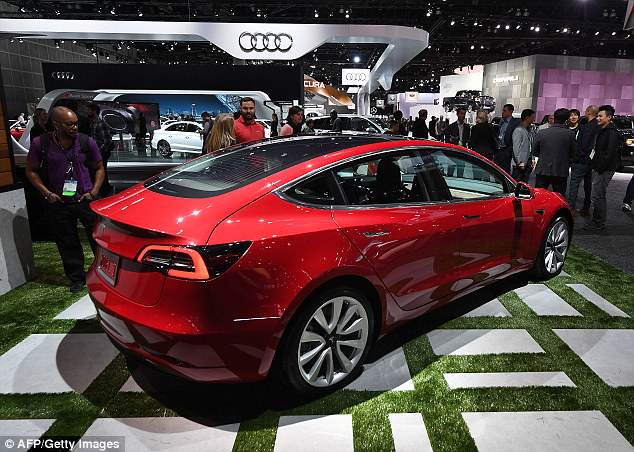 Analysts say Tesla’s future growth hinges on the success of the Model 3 (pictured), its most affordable vehicle to date which starts at a base price of $35,000

Analysts say Tesla’s future growth hinges on the success of the Model 3, its most affordable vehicle to date at a base price of $35,000.

The company has so far struggled to ramp up production and failed to reach a series of weekly production targets.

Musk, whose refusal to answer questions from some analysts in a call earlier this month prompted a fall in shares, said that Tesla had to focus on delivering higher-priced Model 3s first, or it would ‘die’.

The company, which is undergoing a ‘thorough reorganization’ to contend with production problems, senior staff departures and recent crashes involving its electric cars, is striving to reach a production rate of 5,000 cars per week.

On Friday, proxy adviser Institutional Shareholder Services (ISS) backed a shareholder proposal to separate Musk’s current chairman and CEO roles, suggesting that shareholders would be better served by having Musk focus on running the company.

WHAT IF TESLA MISSES ITS MODEL 3 PRODUCTION GOAL?

Tesla’s released its new Model 3 electric car in July 2017 with a batch of 30 vehicles sold exclusively to members of staff.

Although the eco-friendly car is one of Tesla’s more affordable models, those looking to buy the vehicle may be waiting months before they can get behind the wheel.

Tesla had struggled to meet the impressive demand for its vehicle, with a reported 500,000 pre-orders put in so far.

Tesla has repeatedly missed production goals for Model 3, meaning those who have put down a £712 ($1,000) deposit for one of the vehicles may still have to wait until the end of 2018 to get their hands on it.

Tesla missed its production goal for 2017’s third quarter, producing only 260 vehicles compared to an earlier estimate of 1,500.

As a result, the company’s shares fell 5.4 per cent in after hours trading on November 1.

But the company added that ‘production bottlenecks’ had left it behind on its planned ramp-up for the Model 3.

In November it said it hoped to achieve a production rate of 5,000 per month by the end of the first quarter of 2018, pushing back what was originally a target for the end of 2017.