Tool hire group HSS has secured a refinancing deal with its lenders as it battles to turn its financial fortunes around.

The embattled firm has managed to refinance its £245million debts, having posted an annual loss of £85million last year.

After being forced to publish a string of profit warnings since its flotation on the London Stock Exchange in 2015, HSS has embarked on a cost cutting drive in a bid to save around £13million a year. 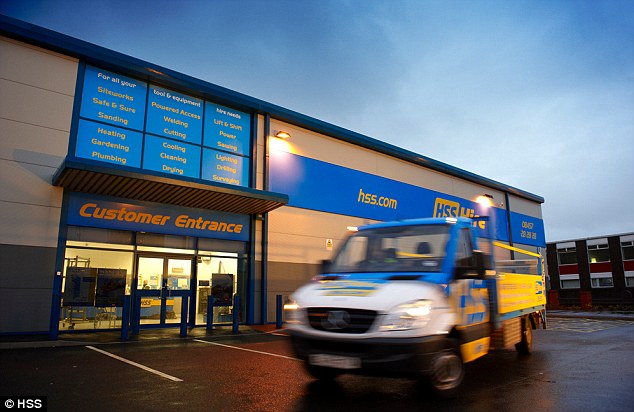 Refinancing: Tool hire group HSS has secured a refinancing deal with its lenders as it battles to turn its financial fortunes around

Paul Quested, chief financial officer at HSS, said: ‘We are very pleased to have successfully secured the long-term refinancing of the group.

‘This now ensures that we have the appropriate facilities in place to continue delivering on our strategic priorities and the group’s full potential.’

In April’s full-year results, it admitted last year was a ‘difficult year’, but insisted its turnaround was bearing fruit, with trading so far this year ‘solid.’