Cakes inspired by emojis (pictured) – the smiley faces and other icons used in text messaging – proved a major hit with its customers. 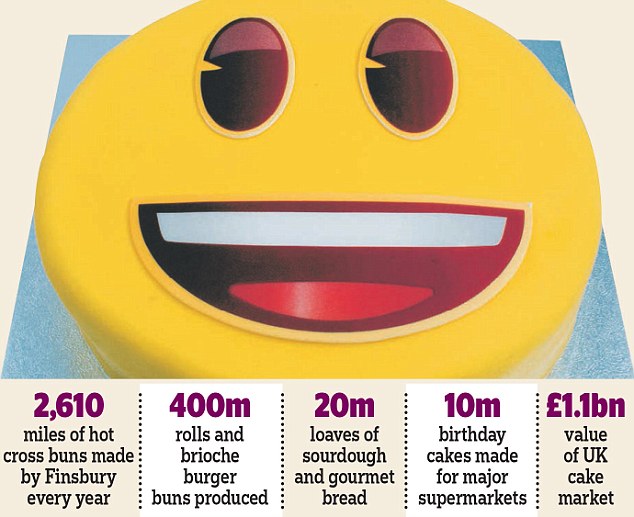 Other popular ones included its Paw Patrol and Peppa Pig products for children and a range of cakes by former Great British Bake Off presenter Mary Berry. Finsbury is also hoping a Jurassic World themed cake will be popular over the next six months as Jurassic World: Fallen Kingdom screens in cinemas this summer.

Profits at the group, which also makes sourdough loaves and hot cross buns for supermarkets, jumped by 6.3 per cent during the period to £8.4m.

Finsbury owns the rights to make baked goods through brands including Thorntons, Weight Watchers and Disney. Last year it closed its London factory after losing contracts to make croissants, pain au chocolat and other pastries for two supermarkets.