Tax on buy-to-let has been heading in only one direction in recent years – up.

The chunky extra stamp duty bill, the removal of the wear and tear allowance, and the hacking back of mortgage interest tax relief, have made for a pretty potent attack.

The stated aim is to discourage buy-to-let by making it that bit harder – and to an extent this has been achieved by making it trickier for many to get the numbers to stack up.

But if the Government wants to properly shift the market towards favouring home owners rather than property investors, there is one piece of the jigsaw left to put in place – a tax cut for buy-to-let. 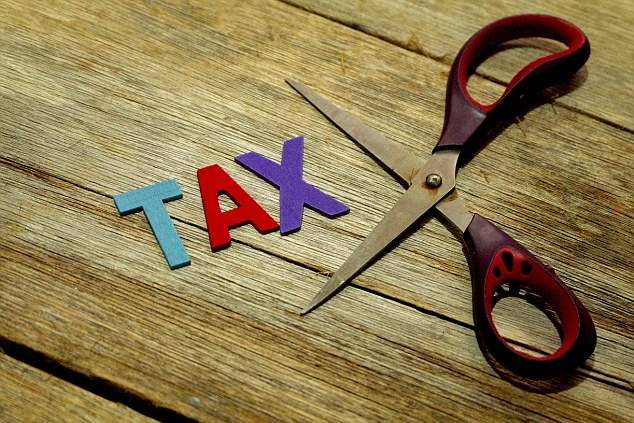 As well as raising stamp duty as a barrier to buying, and putting a tax squeeze on rental income to discourage landlords from holding, property investors should be encouraged to sell up with a capital gains tax cut.

That idea was backed in a Resolution Foundation report this week, although it was somewhat overshadowed by even more eye-catching suggestions, including taxing pensioners to cover social care, radically changing inheritance tax, and giving all 25-year-olds £10,000.

The report, called A New Generational Contract, was written by David Willetts and put forward a number of ideas to try to fix what it depicted as a ‘broken contract’ between young and old.

It called for stamp duty rates to be halved for owner-occupiers but retained at their current higher levels for buy-to-letters and those purchasing second homes – with the 3 per cent surcharge introduced two years ago dubbed ‘a sensible reform’.

But it added: ‘Alongside changes to the cost of purchasing property, we must also consider the extent to which the tax treatment of those who sell additional property helps orient the market towards younger, less wealthy, buyers.’

Buy-to-let investors cashing in profits from rising house prices must pay capital gains tax if they go above the annual allowance of £11,700.

Long-term buy-to-letters have often made considerably more than this and must then pay tax at either 28 per cent or 18 per cent, depending on whether they are higher rate or basic rate taxpayers.

However, as capital gains are added to your income to decide which band you fall into most will get bumped into the 28 per cent bracket.

That tax can act as a disincentive to sell up – a temporary tax cut on the other hand would incentivise landlords to cash in before it ran out.

The report suggested tripling the capital gains tax-free allowance for a two-year period for those selling buy-to-lets or second homes to first-time buyers.

It’s not a bad idea. And, in fact, rumours previously swirled around on Budget morning in 2016 that George Osborne was about to do something similar. In the end, however, he cut capital gains tax rates for everything except residential property.

I would go further than the Resolution Foundation suggestion though and allow the property to be sold to any owner-occupiers.

Of course, selling a tax cut for buy-to-let to the public would prove a far trickier task than winning support for the tax hikes already introduced.

But sometimes the carrot can work better than the stick.

My property is my pension. That was the popular saying when buy-to-let was all the rage and every other person you met fancied their chances as a minor property mogul.

But life has got much tougher for landlords, with a series of tax grabs and tougher mortgage rules hitting.

So does buy-to-let still stack up as a way to build your wealth? We discuss that in this podcast.