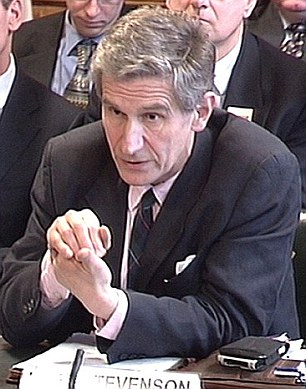 A company backed by former HBOS chairman Dennis Stevenson has gone into receivership after defaulting on a £320,000 loan.

Lord Stevenson, 72, who chaired HBOS until 2008, is a partner of a property trading firm that owns land near Heathrow Airport.

Crane Road Properties took out the loan against the value of the freehold to two sites on the perimeter of Heathrow airport.

The loan was originally secured with Anglo Irish Bank, which had to be bailed out in the financial crisis.

It has since transferred to Ireland’s National Asset Management Agency (NAMA) which put the firm into receivership in January, after Crane Road Properties defaulted on the debt.

Crane Road Properties, whose latest accounts show a £24,000 loss, is backed by Lord Stevenson and The Stevenson Partnership, a family firm.

NAMA said it could not comment further due to legal reasons.

Earlier this month, Lord Stevenson was named in a report on an alleged fraud at HBOS Reading that ruined scores of firms, which took place on his watch.