The exhibition centre ExCel London is suing its former chief executive for more than £2 million after he hired his brother for a lucrative consultancy job.

David Pegler was sacked in November last year after bosses discovered he had recruited his brother Richard on a deal worth up to £120,000 a year without telling the board or the company’s Abu Dhabi-based owners.

The ExCel – located in the East London docklands – was a 2012 Olympics venue, hosting boxing, fencing and table tennis among other sports. Conflict: The exhibition centre ExCel London is suing its former chief executive David Pegler for more than £2 million after he hired his brother for a lucrative consultancy job

Pegler took on his brother in 2014 as an independent contractor to support exhibitors, initially paying him £563 a day, according to a High Court writ.

Richard Pegler’s role soon expanded, and from 2015 his basic pay was £120,000 a year – higher than the manager to whom he reported, the writ says.

He earned more than any of the other 194 staff at ExCel apart from the six highest paid executives, but his role was never advertised nor offered to anyone else, it is claimed.

In total ExCel paid him £453,022 and Pegler did not tell the board of his conflict of interest, the company says. 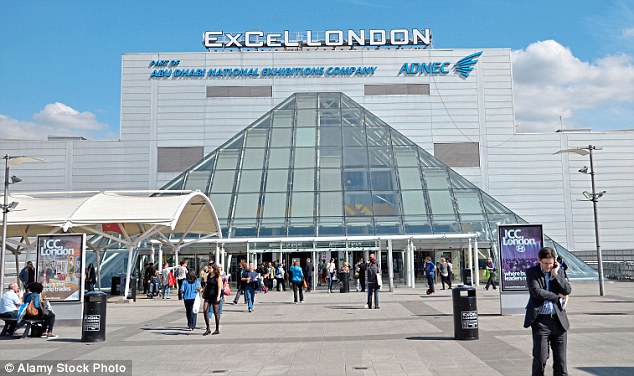 Pegler took on his brother in 2014 as an independent contractor to support exhibitors, initially paying him £563 a day, according to a High Court writ

Staff were hesitant to voice their concerns because Richard Pegler was the CEO’s brother, according to the legal filing. The company says its former boss was guilty of gross misconduct and should return bonuses amounting to £2 million.

It is also suing David Pegler over his use of first-class flights and train journeys, which are disallowed under the company’s expenses policy.

Pegler joined ExCel in 2008 and was promoted to CEO in 2013, heading up the 100-acre venue which has hosted the Boat Show, Grand Designs Live, Star Wars Celebration and registration for the London Marathon.

Soon after the sacking for gross misconduct, ExCel discovered that Pegler had put inappropriate pressure on two other firms to offer a highly paid position to his brother, and said this would give them a competitive advantage when it came to a contract, the writ says.

Pegler denies the claims, and argues his dismissal was in breach of his contract.