‘Fake firm wants me to sell land I don’t even own’: TONY HETHERINGTON investigates

C.G. writes: Portland Investment Group has been in contact several times regarding land it says I own in Mansfield, Nottinghamshire, even though I definitely do not own it. I was told the land could be sold for £17,500, but Harry Park of Portland asked for £2,700 as a fee to allow the release of the deeds to me.

I have no intention of handing over money, but I asked a solicitor friend to look into this. He was told Portland employs 300 people at its London office, yet he could not establish that the company is even registered. I believe this is a large-scale scam. If it obtains £2,700 out of just one person every day, it is not a bad earner. 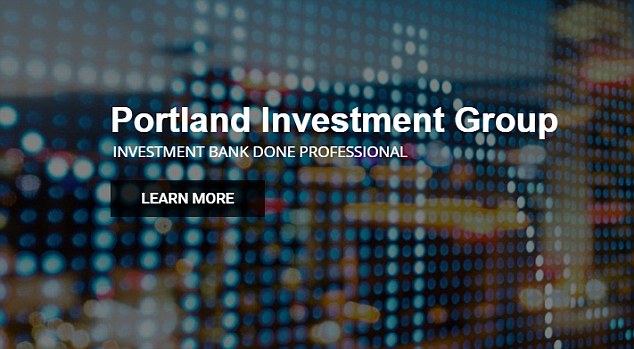 Bizarre: The website of the bogus firm, with the term ‘Done professional’

There is a company called Portland Investment Group Limited, but it is in Sheffield. Not in Wood Street in the City of London, which is where the people who contacted you claim to be based. It is a fake which has stolen the identity of the genuine company.

The fraudsters have set up a website at portlandinvestmentsgroup.com. Note the extra letter ‘s’ which is barely noticeable but is enough to steer victims away from the real Portland and towards the crooks.

The content of the website has also been stolen. It says: ‘Our investment house teams deliver high quality strategic advice and creative financing solutions to our clients, including mergers, acquisitions, financing and risk management transactions.’ This has been copied word for word from the Goldman Sachs website.

The fake Portland also claims to have 70 offices in 15 countries and more than 7,400 staff. This is copied from the website of RBC Capital Markets.

Contract terms you were sent by the crooks say the business is registered at Companies House under number 4504939. This is actually the number of the real Portland in Sheffield, which controls a staff recruitment business.

Director Matt Davison told me he had received a number of enquiries from people who thought they had spoken to whoever is behind the London-based fake. He has notified Action Fraud.

The genuine Sheffield company is not the only victim in this. When the crooks were trying to swindle you they sent you a letter signed by Keri Negron-Jennings who is supposedly one of its directors. She is not. But she does run a housebuilding business in Shrewsbury. Its name is Portland Investments Limited – close enough to the fake Portland Investment Group to trick most people into thinking they are one and the same. She told me: ‘I am going to report this to the police immediately.’

You are not the only potential victim to be contacted by Harry Park and his mates who share his phone number (0207 856 0438). People who lost money in the flood of carbon credit scams have also been told that if they pay an upfront fee, their money can be recovered.

Park has also been busy on a separate number (0207 129 7316) claiming to be from Keystone Investment Trust. I warned two weeks ago that this phone number was being used by crooks.

I rang Park last Thursday to ask if I could pop round to wherever he is really based and bring one or two friends from the Fraud Squad. Sadly, whoever answered the phone hung up as soon as I gave my name.

Energy firm has been a bit economical with its credit

Bank still has a charge over my late son’s home 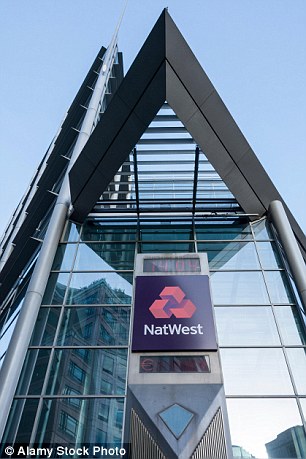 In the dark: NatWest removed the charge – but failed to tell anyone

J.W. writes: I am dealing with the estate of my deceased son. I am having great difficulty getting NatWest to remove a charge the bank holds over property he owned, so it can be sold. My son built a house for himself and the land was covered by two separate Land Registry title numbers. The bank registered a charge against both in 2002, but I have found that when my son later remortgaged the charge was only removed from one title number.

It is unusual for two title numbers to apply to what is one property after your son bought the land in North Wales and built on it. This probably explains why one legal charge slipped through the net while the other was cancelled.

I asked staff at NatWest’s head office to look into this. They told me: ‘We recognise this is a difficult situation and we deeply sympathise with Mr W.’

It turns out the bank removed the second charge last July, but did not tell you or the solicitor handling your son’s estate. I have checked with the Land Registry and there are now no charges registered.

Energy firm has been a bit economical with its credit

Mrs D.M. writes: My husband and I are hoping you can get back money owed by Economy Energy. We overpaid for our gas and electricity. We are pensioners and this money is important to us. We have sent emails, but they were ignored. We have made many phone calls and were told the matter would be dealt with within 12 days, but it was not. In the latest call, we were told the payment was ‘in the system’, but we have heard this before.

The problem started last October when you switched to a different supplier for your gas and electricity. A spokesman told me: ‘A smart meter exchange on October 13 delayed the final bills being issued as Economy Energy first had to wait on the industry flows to be received before the change of supplier was processed.’

Soon after the company told me this, you received £63 in to your bank account which was a lot less than you expected. Ironically, you also told me that the reason you switched away from Economy Energy was that you found it hard to get accurate bills. I contacted the company again and you were then sent an electricity bill showing a credit of £54.

This still did not make sense so I asked Economy Energy to have another go at its sums, and this time it told me: ‘Unfortunately, Mr M’s original £70 payment for his gas supply was not applied to the final bill, in error.’ This has now been repaid to you.

Ms C.D. writes: I have been letting property through booking.com since 2014. Last November I had a guest staying in the apartment I own. But booking.com has informed me the guest cancelled, even though he has since confirmed to me he did stay. I have contacted booking.com and it has admitted it made an error, but I am still battling to be paid.

According to booking.com, the guest arrived at your apartment but there was nobody there to let him in. He contacted booking.com which treated this as a cancellation and offered to help him find somewhere else to stay.

Meanwhile, your guest succeeded in getting into the apartment, but booking.com did not know this so still had his reservation listed as cancelled. This is why you were not paid the £80 due.

The company has now paid and you have confirmed receipt of the money.