Savers who start taking pension cash without getting advice are making potentially harmful decisions and could run out of money in retirement, watchdogs warn.

Many people are dipping in to take a 25 per cent tax-free lump sum after turning 55 despite not intending to retire yet, then making poor investment moves with the rest of their pots, a new report reveals.

Income drawdown has become a highly popular way of funding retirement, and keeping savings invested is now more common than buying an annuity that provides a guaranteed income for life. 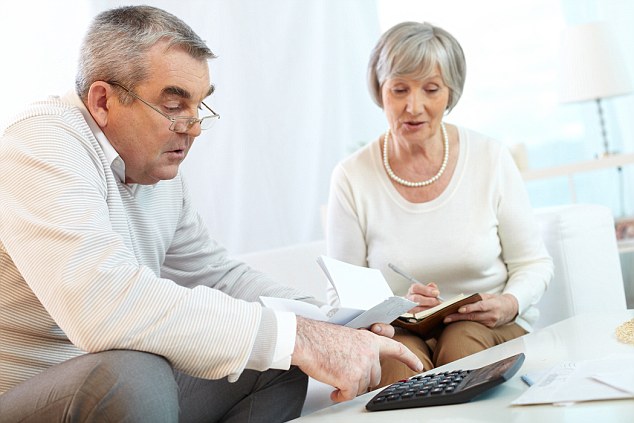 But many savers shun financial advice, or find it unaffordable, and are taking a DIY approach to buying drawdown plans.

The Financial Conduct Authority is currently weighing up new protections for over-55s using pension freedoms. New ‘default’ income drawdown plans and a cap to prevent people paying ‘excessive charges’ for them are being considered, and could emerge in proposals due out by the summer.

The watchdog has also joined money experts raising the alarm about people switching retirement pots into current or savings accounts and letting them get gobbled up by low interest rates and inflation, or becoming liable for income tax.

Meanwhile, some 37 per cent of savers entering income drawdown are buying these plans off the shelf, and taking risks with their savings as a result, the FCA has found in a new study of the market.

The watchdog identifies the following potentially harmful behaviour by savers:

What is pension freedom?

* Failing to shop around, and choosing to buy a drawdown plan from their old pension provider

* Not considering investment choices before entering drawdown, particularly when just taking a 25 per cent lump sum and no immediate income from a fund

* Putting money in cash funds because they had to enter drawdown to access their savings – these come with charges, that are then not offset by investment growth.

‘Deciding whether to draw retirement income using drawdown is a complex decision for customers,’ says the FCA’s report. ‘Customers taking decisions without advice rely on the information from firms. This can result in a poor financial outcome for customers.

‘They could be exposed to investments that are too risky for them, or which do not create enough investment return. They could also run out of money in retirement if they are poorly informed about the risks of drawdown.’

The FCA found pension firms were broadly following the rules on how to communicate with savers, and not misleading them about their options. However, it found some were falling down in certain areas, and it is asking them to address any failings.

* Charges are not always being consistently highlighted, notably when people are varying the terms of a drawdown contract

* Comprehensive information about charges and investment returns (annually or otherwise) is not always provided when customers take a 25 per cent tax-free lump sum and no immediate income, so they can’t review their decision and decide whether it still meets their needs

* Information about valuable guarantees attached to pensions is not being disclosed, meaning customers could give them up without fully understanding their benefits

* Documents about shopping around for the best product are not being sent before a sale is made, though the FCA notes this information is generally signposted elsewhere or mentioned in phone conversations

* Drawdown products are being sold online or over the phone, but hard copies of the relevant information is not being sent at the right time, creating the risk of customers not understanding the consequences of what they were doing.

What does the pension industry say?

‘Turning a pot of money into an income is a challenging financial task and the FCA’s new report shows people are struggling in the absence of advice,’ says Tim Gosling of the Pensions and Lifetime Savings Association, which runs a ‘quality mark’ scheme to help savers pick a decent income drawdown product.

‘We propose that trustees or Independent Governance Committees should be able to select a decumulation [drawdown] product appropriate to the membership of their scheme and should signpost their members to this product at retirement.

‘This would create a clear path to a suitable income product for scheme members to follow if they chose. Members would be encouraged to make an active decision and no member would be moved into the signposted decumulation product or solution without their explicit consent.’ 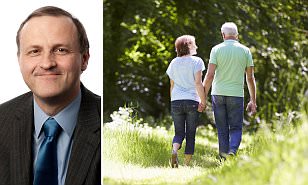 ‘With 37 per cent of drawdown sales made without advice, it is crucial to ensure that people are engaged when they are making decisions and understand the impact.

‘One idea being considered by the government is a midlife MOT to assess an individual’s retirement provision at a stage in life when they have time to do something about it.

‘An MOT could prove to be the crucial missing mechanism to boost public engagement with pensions and ensure they are getting the help they need.’

Nathan Long, senior pension analyst at Hargreaves Lansdown, said his firm had suggested to the FCA a ‘guided drawdown solution’, which would provide retirees with both an investment and a sustainable income strategy

‘Increasing numbers of the retire-as-you-go generation want to get on with sensibly managing their retirement savings but some of them need help and guidance,’ he said.

‘Progressively fewer people will reach retirement with a defined benefit [final salary] pension, so now is the time to focus on offering investors guided drawdown options.

‘Drawing only the income generated by your pension investments – taking the natural yield – is a great simple solution for investors who know they want drawdown, but don’t know where to invest or how much they can take.’

‘The word default should be banished from retirement though, as hugely personal choices don’t lend themselves to a one-size-fits all approach. People want to keep their options open and stay in control of their changing circumstances.’