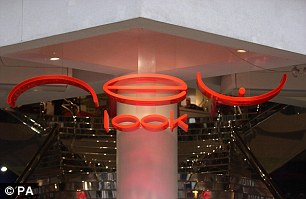 Threat: HSBC has pulled out of insurance for its fashion chain New Look’s suppliers

The bank is no longer offering credit protection, which covers suppliers’ bills if a retailer goes bust. HSBC informed businesses of its decision last week.

It suggests the lender is growing increasingly concerned about risks at the chain.

Suppliers who lose their insurance are likely to demand payment up front instead of several weeks later, piling extra pressure on New Look.

HSBC insiders stressed only a handful of suppliers are affected, and it is confident in the retailer’s ability to carry on trading.

The chain last month agreed a deal with creditors to shut 60 of its 788 shops and axe 980 jobs in exchange for continued financial support.