Fever-Tree co-founders rake in £103m as they sell off a 2.6% stake in their drinks business 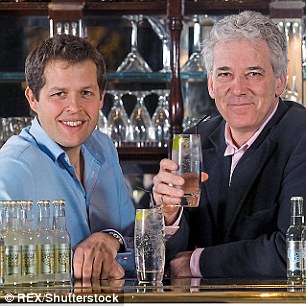 The pair behind Fever-Tree have raked in £103.5million after selling a chunk of shares.

Deputy chairman Charles Rolls, 61, and chief executive Tim Warrillow, 43, who founded the business in 2004, sold a higher stake than planned after significant demand for the drink mixer’s shares from investors.

Fever-Tree’s shares have soared more than 2,000per cent since it listed on the London Stock Exchange less than four years ago.

Demand for its flavoured mixers, including elderflower tonic water and spiced orange ginger ale, have soared amid a boom for gin in the UK and overseas.

Rolls now holds about 7.1pc of the shares and Warrillow has 4.7pc.