Fever-Tree, the maker of posh tonic waters and sodas, is poised to expand across the US on the back of a 66 per cent increase in sales, during 2017.

The strong demand for Fever-Tree’s low calorie tonic which doubled in sales last year was a major contributor to the drink firm booking the healthy revenues. 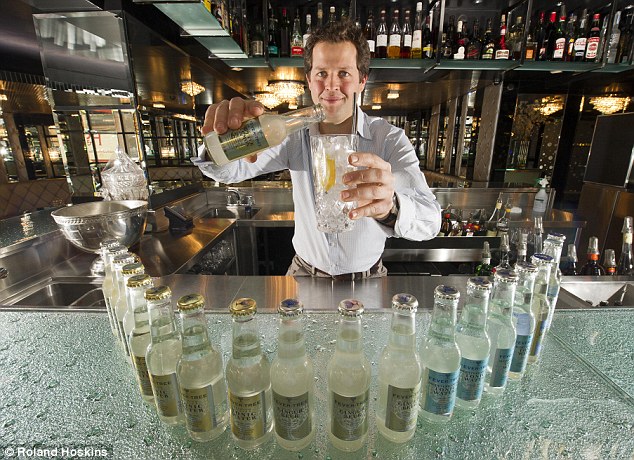 Tim Warrillow  believes 2017 has been a significant year

Fever-Tree plans to expand across the US follows its launch there in December.

Investors were left unimpressed by the update though, with shares slipping 5 per cent to 2553p.

Analyst Phil Carroll, at Shore Capital, commenting on the expansion plan said: ‘The key for us going forward is the opportunity in the US, which has significant potential given its maturity profile in terms of premiumisation, compared to the UK but is also quite a complex market to compete in.’

Sales in the US, the company’s second largest single market, rose 36 per cent on a constant currency basis, while Continental Europe revenues rose 37 per cent.

Tim Warrillow, co-founder and chief executive of Fever-Tree, believes 2017 has been a significant year of progress for the company.

He said: ‘We have continued to see strong growth across all our regions, with the UK once again delivering an exceptional performance culminating in Fever-Tree ending the year as the leading mixer brand at UK retail.’

The drinks firm plans to extend its low calorie mixers across all its flavours over 2018.

Fever-Tree’s shareholders will receive full-year dividends totaling 10.65p per share, up 58 per cent on last year.

The company has been one of the fastest growing on the AIM in recent years. In 2017, its stock soared by 101 per cent.

As well as boosting its low calorie ranges, Fever-Tree also recently expanded its dark spirits mixing range, with the launch of Smoky Ginger Ale and Spiced Orange Ginger Ale, ahead of what it believes will be a revival in demand for dark tipples.