Fever-Tree shares fizzed to an all-time high today as the AIM superstar wowed its hard-to-please investors.

The premium mixers brand, which has seen its value soar by more than 2,680 per cent since floating in 2014, enjoyed a further 13 per cent boost to more than £39 per share this morning on the back of more blockbuster growth.

In contrast to previous more cautious statements, chief executive Tim Warrillow said Fever-Tree’s full-year performance would be ‘comfortably ahead’ of expectations, after half-year sales soared 45 per cent to £104.2m and pre-tax profits jumped 35 per cent to £34m. 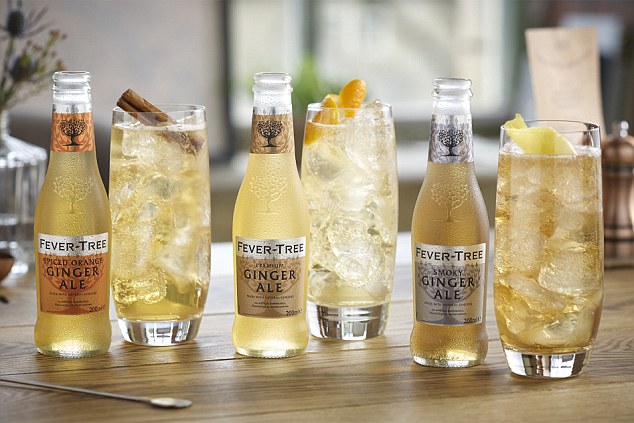 The firm flagged a particularly robust performance in its domestic UK market, where the roll out of its extended ‘refreshingly light’ low-calorie range helped fuel a 73 per cent sales rise to £58m.

Fever-Tree, which has added a new cucumber tonic to the range, said there was ‘clear evidence’ of consumers still being attracted to the brand for the first time.

‘The first half of 2018 has been one of major progress for Fever-Tree,’ Warrillow thundered.

‘Our relationships with key customers and spirits partners mean we are increasingly well positioned as the growing move to premiumisation and long mixed drinks continues to develop across the globe.’

Fever-Tree, which was founded in 2004 by Charles Rolls and now sells to 70 countries worldwide, said its half-year dividend rose 40 per cent to 4.22p per share. 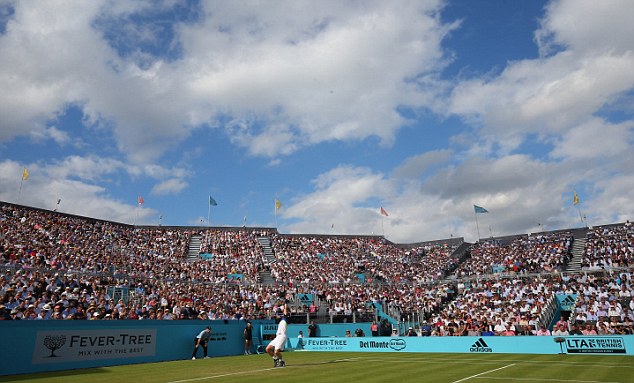 As part of the firm’s ongoing mission to tackle the US market – where sales in the period rose 15 per cent to £15.1m – Fever-Tree has penned a deal with Southern Glazer’s Wine and Spirits (SGWS) – the largest North American wine and spirits distribution company.

Fever-Tree was not the only drinks firm to update the market today.

In a less upbeat announcement, Robinsons squash maker Britvic said Britain’s recent carbon dioxide crisis hit its fizzy drink sales and left it unable to make the most of surging demand amid the summer heatwave.

It said UK sales of fizzy drinks, excluding the new soft drinks sugar tax, fell 2.9 per cent in the last three months as a result.

Britvic was forced to switch promotions to its still drinks ranges, where sales jumped 11.7 per cent after stripping out the sugar tax impact.

Shares slipped on the news but had recovered by mid-morning.

Commenting on the partnership, Warrillow said: ‘We have successfully launched our wholly owned US operations with a talented team recruited and now in place. The exclusive distribution agreement with SGWS is a significant endorsement and provides a strong platform for Fever-Tree US in 2019 and beyond.’

‘Fever-Tree has shown it is possible to take a seemingly commoditised product, introduce a higher quality version and shake up a market where the previous leader Schweppes had its eye off the ball and didn’t have sufficient barriers to block new competition,’ he said.

‘Ever since it joined the stock market in 2014, Fevertree has managed to restrain from over-hyping its sales outlook and just focus on the facts in hand. This is the sign of a great company – focus on executing the business strategy and the rest will take care of itself.’