The deputy chairman of the upmarket tonic maker Fevertree Drinks has launched a sale of 1.5m of the shares he holds in the company.

Charles Rolls, one of the founders, is selling the shares to institutional investors, the company said.

It was revealed after markets closed on Thursday. The shares represent about 1.3 per cent of Fevertree’s issued capital. 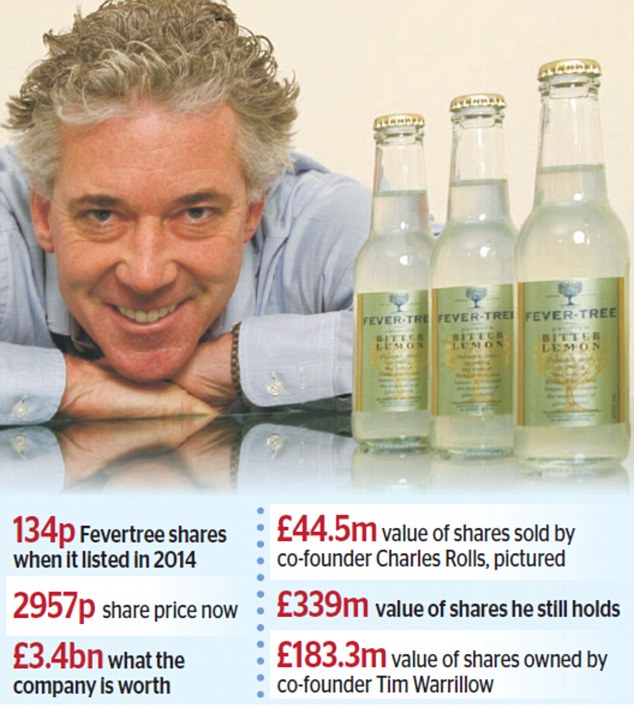 After the sale, Rolls would continue to own 11.4m shares, about 9.9 per cent of the firm.

The 60-year-old’s placing is being handled by Investec Bank, which will agree final placings and prices with Rolls.

Investec will decide how long the sales process will last, the company said.

Rolls has agreed not to dispose of any further shares he holds in the company for three months, without Investec’s written consent.

Fevertree will receive no cash from the placing.