Fifty foreign takeovers to be blocked a year 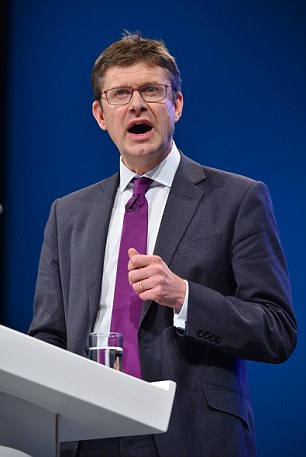 Foreign companies could be blocked from buying land in the UK or loaning cash to UK companies under sweeping new powers to protect national security.

Ministers plan to ramp up their control over the ownership of UK businesses amid concern rapid changes in technology, communication, energy networks and warfare is leaving the UK exposed.

It is estimated new rules could lead to about 200 cases being referred to the Business Department each year.

Around 100 could have further investigation, and ministers could be forced to act in 50. It currently intervenes about once a year.

Until now, the Government has blocked foreign takeovers above a certain size if they believe deals might harm national security, by sending key industry or expertise into foreign or hostile hands.

However, a White Paper presented by business secretary Greg Clark outlines plans for ministers to be able to intervene on national security grounds on deals of almost any value, including sales of patents, other assets and land, and even loans and futures options.

Ministers are concerned vital bits of technology or information are not caught by current regulations; that hostile foreign powers might gain control of key assets as security on loans; or spy on key infrastructure.

The Business Department says changes are needed at a time when foreign powers are using cyber warfare and technology to threaten the Government and national infrastructure, secretly influence government policy, steal commercial information, and disrupt the private sector.

The paper adds: ‘The Government is clear that its current powers are no longer sufficient to address the challenging and changing national security threats the UK faces.’

It will be a criminal offence to fail to comply with the new rules – for example by refusing to tell the government about a new deal – punishable by up to five years in prison.

Experts warned the Government was treading a delicate path. Around £1.2 trillion was invested by foreign firms or individuals in 2016, making the UK the third-highest recipient of foreign investment behind US and China including Hong Kong.

‘Edwin Morgan, from the Institute of Directors, said: ‘The UK’s openness to investment is an asset, and government must tread carefully to ensure this isn’t compromised.’

The Government has recently intervened on national security grounds, allowing the takeover by Chinese firm Hytera of Sepura, the UK firm that makes walkie-talkies, for £74million.

Dr John Hemmings, director of the Asia Studies Centre at the Henry Jackson Society, a foreign policy think-tank, said: ‘Authoritarian powers like China and Russia have sought to buy and steal sensitive technologies in the West… this White Paper looks like a step in the right direction.’