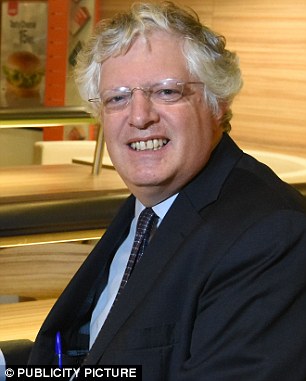 The High Court yesterday ruled the homes were separate to those being sold under a deal between his Terra Firma and US hedge fund H/2 Capital Partners.

Terra Firma is selling Four Seasons, which has 343 homes, for a nominal £1.

But it argued that a separate batch of 24 homes were not part of Four Seasons and should not be included in that deal.

Yesterday a Terra Firma spokesman said: ‘We are pleased the court has reaffirmed our ownership of the 24 homes.’

The homes will continue to be run under a management agreement with Four Seasons for the time being, the spokesman added.

It comes after H/2 lent Four Seasons an extra £30million and refinanced an existing £40million loan at lower interest rates.

The American hedge fund, run by 49-year-old Spencer Haber, stepped in to buy the chain after Terra Firma struggled to pay its debts.

Former Lehman Brothers banker Haber started buying Four Seasons’s debt in 2015, meaning his fund was poised to take control when the chain ran out of cash for an interest payment last year.

Four Seasons was already heavily indebted when Hands, 58, bought it in 2012.

It claims it has been weighed down further by lack of government funding and higher costs.

Talks about a restructure of Four Seasons are expected to conclude this month.