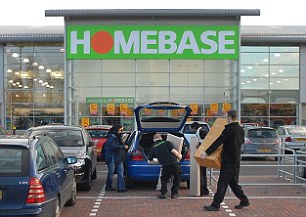 The former owner of Comet has put in a bid to buy troubled retailer Homebase.

Australian owner Wesfarmers is looking to sell the chain and put an end to its disastrous takeover of 2016, and is offering a dowry of about £100million to entice suitors.

Opcapita would be a controversial buyer due to its mixed past in the UK.

The private equity firm bought Comet in 2012, but the retailer went into administration nine months later.

Opcapita won back millions from Comet’s administration as the secured creditor, but taxpayers were left with a £50million bill.

Opcapita has had some success, however, having restored Game Digital, which floated on the stock market in 2014.