The former boss of Britain’s biggest IT firm pocketed £8.4million just months before he was forced to quit last week, The Mail on Sunday can reveal.

Chris Hsu became chief executive of Micro Focus last September when it paid US technology firm Hewlett Packard Enterprise £6.8billion for the software division he had been running. 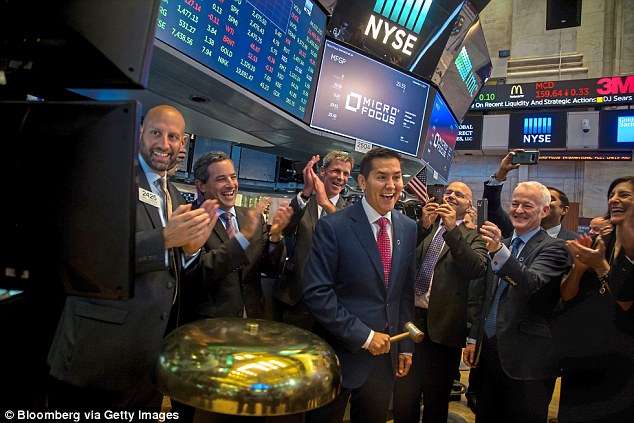 But this week, Newbury-based Micro Focus announced that its sales were falling faster than expected – with the result that its shares slumped by half, wiping £4billion off the company’s value.

Micro Focus – listed in London and New York – has grown through a series of acquisitions to become the UK’s largest IT firm. Customers include British Airways and the US government.

However, there were concerns about its HP deal, its largest, because it included the remains of British software firm Autonomy, which Hewlett Packard bought in a disastrous deal that led to a huge corporate fraud case.

The drama follows a £24million payday for Micro Focus’s executive chairman, Kevin Loosemore, in November as part of a share scheme from a previous takeover.

Hsu will not receive a payoff for leaving Micro Focus.

But a new scheme was put in place after the HP deal, putting executives and managers, including Hsu and Loosemore, in line for part of a potential £270million payout next year. However, that is based on the share price rising to £34. It is now languishing at 956p after last week’s crash.

Hewlett Packard Enterprise, a spin-off from Hewlett Packard, said Hsu’s share options were granted in 2016 before the Micro Focus talks. The company said in documents that Hsu ‘successfully executed’ the deal ‘on time and under budget’, generating ‘significant stockholder value’.